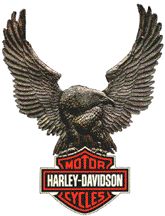 Born David Bruce Bertolami, the only child of the late Salvatore and Edith (nee-Feiner) Bertolami on September 3, 1941, David retired with his wife Marguerite A. (nee-Foster) to Punta Gorda in June of 1999 from Bedford, New Hampshire. A beloved husband, father and friend, he will be missed by all.

He is survived by his beloved wife of more than 43 years, Marguerite, and 4 children; 3 sons, David B. (wife-Karen) Bertolami, Jr. of Chester, NH, Mark S. (wife-Theresa) Bertolami of Hampstead, NH, and Todd D. (wife-Shellie) Bertolami of Billerica, MA; one daughter, Deena A. (husband-Richard) Petersen of Punta Gorda, and eight grandchildren.

To leave a condolence, you can first sign into Facebook or fill out the below form with your name and email. [fbl_login_button redirect="https://robersonfh.com/obituary/david-bertolami/?modal=light-candle" hide_if_logged="" size="medium" type="login_with" show_face="true"]
×