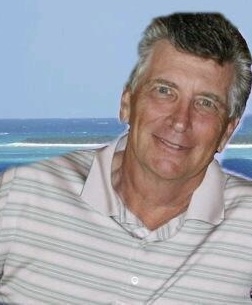 A private visitation will be held by the Duncan family.

David Francis Duncan, Sr., 74, of Punta Gorda, Florida, peacefully passed away on Monday, January 3rd, 2022, while holding his wife’s hand and listening to their song.

David was the son of the late Robert W. and Florence Duncan. He is survived by his loving wife of 55 years, Betty A. Duncan; their children, daughter Lori Caffrey (Nelson) Gaura of Port Charlotte, Florida, son David (Jessica) Duncan, Jr., of Cape Coral, Florida, as well as six grandchildren and four great-grandchildren who dearly love their “Papa.”  He is also predeceased by one beloved great grandchild.  He is also survived by brothers John “Jack” (Carol) Duncan, Donald (Anne) Duncan, Kenneth (Yvonne) Duncan, his sister, Joyce (Robert) Vecchiarelli, numerous loving nieces and nephews, as well as other extended family and close friends.

Growing up, David was a gifted athlete who enjoyed playing ice hockey with his brothers. While still a high school student, David enlisted in the United States Marine Corps and attained the rank

of Sergeant.  David was a proud marine and served honorably in the Vietnam War. He earned the National Defense Service Medal, Vietnam Service Medal, the Vietnam Campaign Medal, and the Good Conduct Medal. After being honorably discharged, he attended the State University of New York Institute of Technology at Utica-Rome, earning a Bachelor of Science degree in accounting. David then went to work for the federal government with the IRS. As a non-profit auditor, he had a reputation for being kind and fair.  At the time of his retirement, in 2003, he had reached the highest level possible for his position.

After retiring, David and his loving wife Betty moved to Southwest Florida to be closer to their children and grandchildren. This move also gave him the opportunity to pursue his other love all year-round, golf. David was an avid and very skilled golfer who had multiple holes in one under his belt. The only activity he enjoyed more was spending time with his family. He was a very kind, generous, and gentle man who loved his family more than anything.

In lieu of flowers, a donation made to the Ronald McDonald House or the Wounded Warriors Project to help those in need would be lovingly appreciated.

To leave a condolence, you can first sign into Facebook or fill out the below form with your name and email. [fbl_login_button redirect="https://robersonfh.com/obituary/david-francis-duncan-sr/?modal=light-candle" hide_if_logged="" size="medium" type="login_with" show_face="true"]
×

A private visitation will be held by the Duncan family.