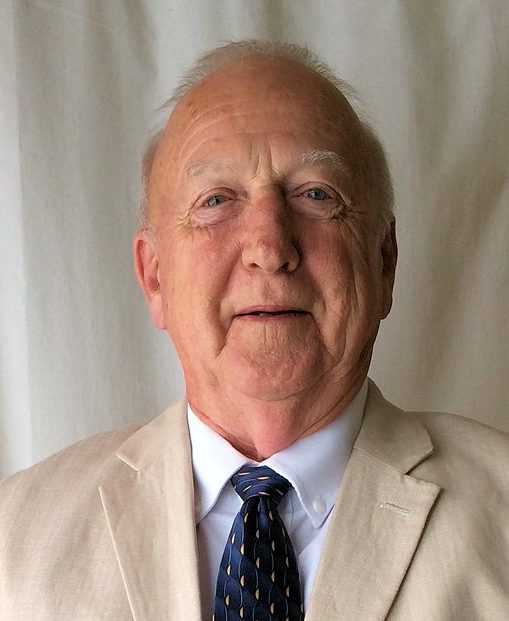 Committal with Military Honors by the US Air Force will be held at Sarasota National Cemetery in Sarasota, FL at a later date.

David was born December 16, 1938 in a log farmhouse in Jennings County, Indiana.  David was the eldest child of five siblings and was born in the bed he was conceived in and was born on his fathers’ birthday.  David was raised in a farming environment working on his fathers’ and grandfathers’ farms.  David spent much of his free time hunting and fishing in this area which was later to become the Muscatuck National Wildlife Refuge.

David attended school in Hayden Indiana where he loved playing sports and as a senior was Captain of the Hayden Haymakers Basketball team.  After high school David attended Purdue University and then enlisted in the United States Air Force.  While in the Air Force David was stationed in Duluth, Minnesota where he met and married Jennie Riveness Stanfield.  After service in the Air Force, they returned to Indiana where David worked in general construction as a project manager until his retirement in 2009.  In 1990 they moved to a lake home in Rome City, Indiana and enjoyed a lake life of boating and fishing until their move to Punta Gorda, Florida in 2015.

David is survived by his wife Jennie of 50 plus years, three children, Todd of Punta Gorda, Cheri Woodis of Ft. Wayne, IN, and Pam Keli of Fairbanks, AK; his four siblings, Patty (Don) Spaulding , Bette (Garry) Niedbalski , Marilyn Williams, and Larry (Debra) Stanfield, all of Columbus, IN; five grandchildren and many extended family members.  David was preceded in death by his parents Robert and Pauline Stanfield.

A Memorial service celebrating David’s life was held 2 pm on Saturday, January 8, 2022 at Roberson Funeral Homes Punta Gorda Chapel located at 215 Mary Street in Punta Gorda.  Committal with Military Honors by the US Air Force will be held at Sarasota National Cemetery in Sarasota, FL at a later date.

To leave a condolence, you can first sign into Facebook or fill out the below form with your name and email. [fbl_login_button redirect="https://robersonfh.com/obituary/david-r-stanfield/?modal=light-candle" hide_if_logged="" size="medium" type="login_with" show_face="true"]
×

Committal with Military Honors by the US Air Force will be held at Sarasota National Cemetery in Sarasota, FL at a later date.