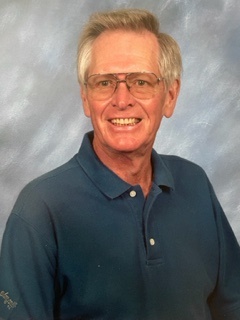 Donald was born September 18, 1932, in Pittsburg, Pennsylvania to the late Arnold and Eleanor Hobbs. He graduated from Washington and Lee High School in Arlington, Virginia. He then went on to receive an Associate degree from Potomac State College in Keyser, WV in 1954. Donald served in the United States Military, enlisting in the Army in 1954 and was on active duty as a cryptography specialist until 1956.

Donald continued his education and graduated in 1958 from Virginia Polytechnic Institute in Blacksburg, Virginia with a Bachelor of Science in Business Education. He became an educator, teaching in the Virginia Public Schools from 1958-1963. Donald moved on to become a marketing representative for Southwestern Publishing Company from 1963-1970. In 1970 he was promoted to Regional Manager and moved with his family to Westchester County, New York. In 1985 he, again, was promoted, this time to Vice President where he remained until he retired in 1991. Several years after retirement he moved to Southwest Florida where he was a member of San Antonio Catholic Church and was active in his community property owner’s association, golf group, and card group.

To leave a condolence, you can first sign into Facebook or fill out the below form with your name and email. [fbl_login_button redirect="https://robersonfh.com/obituary/donald-a-hobbs/?modal=light-candle" hide_if_logged="" size="medium" type="login_with" show_face="true"]
×