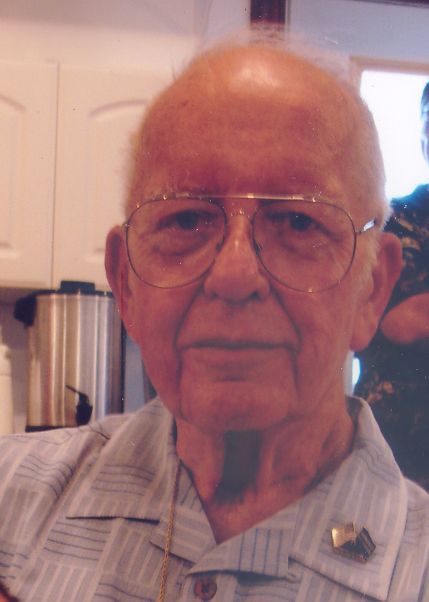 Don was born July 31, 1929 in Menominee, WI, raised his family in Royal Oak, MI, and retired to Port Charlotte 19 years ago. He had an extremely close and loving marriage to H. Gladys Grudt (deceased 2007) for 56 years. Don was a retired salesman of strip steel. He was employed by Ryerson Steel, Greer Steel, and Regal Steel prior to starting and operating his own successful strip steel representative business until retirement.

Don was a very proud veteran. He was inducted at Fort Custer in Battle Creek, Michigan in February, 1952. He then was sent to Fort Bliss located in El Paso, Texas for training in antiaircraft. In November, the Chinese crossed the boarder and attacked South Korea, where Don wound up on December 31, 1952. Even though Don was trained as a mechanic in antiaircraft, the Army assigned him to the 999 Armored Field Artillery working as a gun mechanic. In January, 1954, Don’s unit shipped out of Inchon, Korea.

Don was instrumental in getting the Port Charlotte Douglas T. Jacobson State Veteran’s Nursing Home built, and was a tireless volunteer. He was active in the Ferndale Elks Club 1588 for 4 years as House Committee Chairman and eventually became Exalted Ruler in 1984/85. In 1987 Don was Commander of the American Legion Post, 561 in Detroit. Don is a life member of the V.F.W. 9222 of Berkley, MI. In Port Charlotte, he was a member of V.F.W. Post 5690 and American Legion Post 110.

Don spent 67 years in boy scouting and was honored for his efforts with many awards: the Eagle Award, Silver Beaver Award, Wood Badge Award, and the church Lamb Award. Don’s additional volunteer time was wrapped up for many years on church councils, and with the physically handicapped teenage group at the Berkley V.F.W. from 1960 to 1988. After retirement, Don and Gladys continued to help people by volunteering to do Meals on Wheels.

To leave a condolence, you can first sign into Facebook or fill out the below form with your name and email. [fbl_login_button redirect="https://robersonfh.com/obituary/donald-grudt/?modal=light-candle" hide_if_logged="" size="medium" type="login_with" show_face="true"]
×