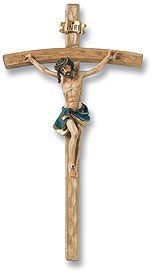 Dorothy was born to Charles and Helen Anderson on April 25, 1927 in Philadelphia, PA. She married her late husband Samuel Altmore on March 3, 1946. He later passed away on February 22, 2000, a week before their 55th wedding anniversary. Samuel was a World War II veteran who served proudly for the U.S. Navy and Merchant Marines during the Korean Conflict. He was a truck driver for Reading Railroad and Trucking Company in Philadelphia while Dorothy was a homemaker. She will be missed by all who loved and knew her.

Dorothy is survived by her daughter, Linda Franco of Port Charlotte; a son, Robert Altmore of Merrill, NY and (ex daughter in law, Patricia Menden of Port Richey, FL); 2 grandchildren, Marlana Morgan and Samantha (Eric) Wyant; 5 great-grandchildren, Jeffery, Ana Maria, Matthew, Clayton and Mason and her sister in laws, Mildred and Maria. She was preceded in death by her parents, Charles and Helen Anderson, her husband, Samuel, her son, Thomas and her brothers, Charles and John.

To leave a condolence, you can first sign into Facebook or fill out the below form with your name and email. [fbl_login_button redirect="https://robersonfh.com/obituary/dorothy-altmore/?modal=light-candle" hide_if_logged="" size="medium" type="login_with" show_face="true"]
×