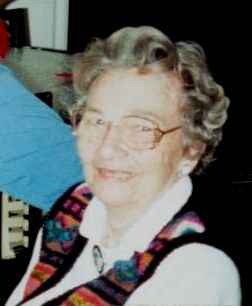 Dorothy Niles Wilson, 92, of Punta Gorda, Florida passed away Thursday, July 2, 2009 at her condo in Punta Gorda, FL. She was born on February 22, 1917 in Benton Harbor, MI and grew up in Niles, OH.
Her life story had challenges that she overcame in the best way that she knew and she found as much happiness along the way as anyone who was part of the ‘greatest generation’.
Her parents were Charles F. and Florence Barlow Eagan. Her lifelong best friend was Jean Basel. Both gals were smart enough to be able to act up in French class and didn’t worry too much about any punishment of reciting translation. Jean resided in Warwick, RI upon her marriage to Charles Bare until her death.
Dorothy had two good men for husbands, both from Binghamton, NY. Dot married Henry (Hank) C. Niles during the World War II era until 1974. He loved his job from reporter to Sunday editor at the Press. She enjoyed the many evenings in the ‘Niles kitchen city room’ where the newsmen gravitated after the paper was put to bed. There they covered ‘all the news that was fit to print’ and then some…she got the real scoop.
Dorothy and Hank had three children. Dave lives in Point Roberts, WA and Rob resides in La Mirada, CA. Patricia companioned with her Mom between Binghamton, NY and Punta Gorda, FL.
M. O. (Woody) Wilson married Dorothy in 1975. He showed her another part of life that she had never experienced and he liked doing that. Princeton football was no drinks in the clubhouse to keep dry during a rain shower. Woody, a former player himself, wanted so badly to see a coach’s final season alumni game, so Dorothy made it happen. She got the gear at the local boy’s scout store somewhere in that college town and there they were in the elements having a great time. Woody was a genuine man with many accomplishments, from ‘beaver’ scout to board member…an active man even in his 90’s with whom Dorothy could keep up.
Though golf didn’t define Dot, she enjoyed the game. Her Dad taught her a dependable swing in the backyard. Women liked her on their team for tournaments at amateur events.
The final battle was severe dementia. She opted not to extend life and instead chose the sunsets at Ponce de Leon Park in Punta Gorda.
Thank you so much for the help that she got from her doctors, their staffs, Tidewell Hospice, Sunset Home Healthcare, and the staff at Charlotte Regional Hospital.

To leave a condolence, you can first sign into Facebook or fill out the below form with your name and email. [fbl_login_button redirect="https://robersonfh.com/obituary/dorothy-wilson/?modal=light-candle" hide_if_logged="" size="medium" type="login_with" show_face="true"]
×