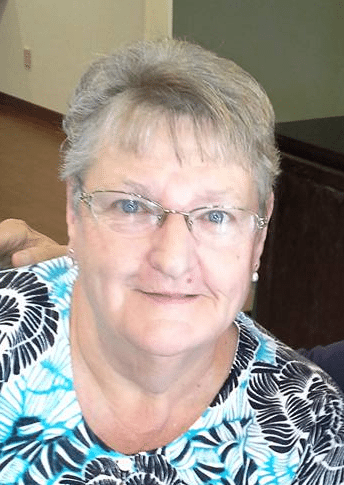 On January 4, 2018 heaven gained another angel when Drusilla “Dru” G. Skora, 72, passed away from complications following open heart surgery. Dru resided in Lancaster New Hampshire and spent winters in Arcadia Florida with her husband Denis. Over the course of her life she had traveled down many different roads, with an occasional detour or two, but always kept her eye on the final destination. Though she was a hard worker and loved her various jobs, she never failed to put people first. Her family and friends were the most important pieces of her life.

From being the wife of a minister at Long Plain Methodist Church in Acushnet Massachusetts she learned the art of listening with compassion and empathy. She went on to become a very valuable asset at Princess House, traveling the world in her position as Sample Department Manager. Dru and her family moved from Massachusetts to Lancaster New Hampshire to fulfill their desire to open a ‘Bed and Breakfast’ which they enjoyed for several years. Her desire to use her business training came in the form of Office Manager and Administrative Assistant at Peter W. Powell Real Estate where she met so many of her ‘forever friends’. As time went on, Dru moved on to become the Office Manager and Bookkeeper at The Carpet Barn ending her working career at Littleton Coin Company as a customer service representative. Dru was very involved with many civic groups over the years, with the majority of her recent volunteering going towards Relay For Life of North Country, Lancaster Historical Society and also Lions Clubs both in Lancaster and Florida. One of her most memorable achievements was her work in forming the Page Hill Mobile Home Park Cooperative, working with the NH Community Loan Fund and the late Raymond Burton in securing the funds to enable the residents of the park to purchase the park, securing their peace of mind as homeowners.

Drusilla Gladys Drake was born on June 27, 1945 to William and Laura Drake. She also had three brothers Richard, Lindley and William, all of which predeceased her. She is survived by her husband Denis, her son John and his wife Reta and step sons Michael Skora and Matthew Skora. She also leaves grandchildren Kristi MacLeod and her husband Shawn along with Jeremy Rexford and his wife Hannah. Her eyes lit up with such pride over her great grandchildren Hunter MacLeod, Madeline Rexford, Lyvia Rexford and Evan Rexford, as well as her god-daughter Emily Robert. She is also survived by sisters in law Rose Drake and Paula Drake Danucci and many nieces and nephews. Her special companion, her Pug Lucy, will miss her immensely. Dru made so many friends through the years who have remained such an important part of her life. Surely her loss will be felt in all of their lives.

A Celebration of Life in honor of Drusilla will be held at a later date in Lancaster New Hampshire. Burial will be in The New Hampshire State Veterans Cemetery in Concord. Memorial donations may be made to the Ellenton-Parrish Lions Club, PO Box 356, Ellenton, FL 34222.

To leave a condolence, you can first sign into Facebook or fill out the below form with your name and email. [fbl_login_button redirect="https://robersonfh.com/obituary/drusilla-g-skora/?modal=light-candle" hide_if_logged="" size="medium" type="login_with" show_face="true"]
×