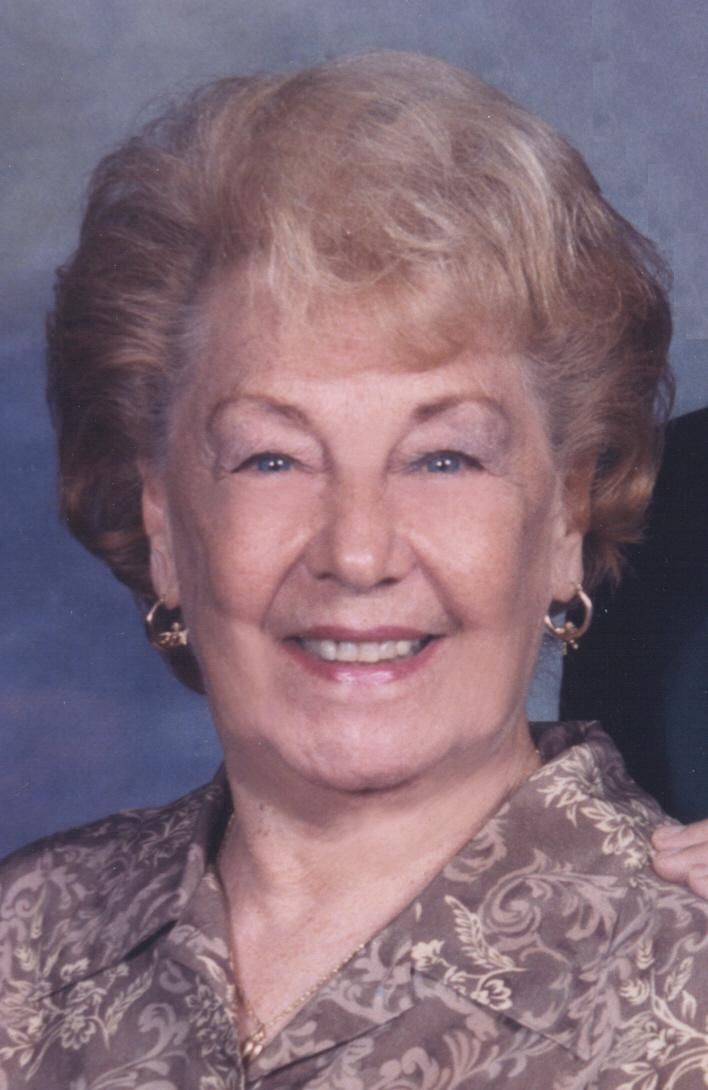 Born January 7, 1928 in Spokane, Washington, Esther, a former licensed cosmetologist, retired to Holiday, Florida from Woodbridge, New Jersey and prior to Woodbridge, Staten Island, New York, before settling in Punta Gorda in 1986. An avid nature lover, fishermen and boater, she loved Recreational Vehicleing with her husband Leonard, was a former member of Teamsters Union Local 866 Passaic, NJ, and an active member in the Charlotte Harbour Yacht Club, Punta Gorda Boat Club, and Punta Gorda Isles Civic Association teaching Ceramic class’s for many years, and participating on the planning Committee. She was protestant.

She is survived by her beloved husband Leonard P. Conte; three sons, Robert C. (wife Diana) Conte of Lincroft, NJ, Anthony W. (wife Dorothy) Conte of Clayton, NC, and William R. Conte of South River, NJ; and two granddaughters, Nicole and Erica Conte, both of Lincroft, NJ. She was preceded in death by three brothers, a sister, and her beloved pet (Tiger).

Special thanks to everyone at Premiere Medical Group, Florida Cancer Specialists, Moffat Cancer and Research Institute, Fawcett Memorial Hospital, TideWell Hospice & Palliative Care, and the Punta Gorda Fire & Rescue Department for all your loving care and efforts from Esthers family.

To leave a condolence, you can first sign into Facebook or fill out the below form with your name and email. [fbl_login_button redirect="https://robersonfh.com/obituary/esther-conte/?modal=light-candle" hide_if_logged="" size="medium" type="login_with" show_face="true"]
×