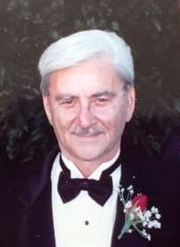 A Funeral Prayer service will be held 10 a.m. Saturday, Dec. 30, at the funeral home.

Burial with Military Honors by the U.S. Marine Corp. will be held at Sarasota National Cemetery in Sarasota, FL at 1 p.m.

Fidele “Fred” Emilio Butera; It is with great sadness that the family of Fidele “Fred” Butera announces his passing, on Tuesday, December 26, 2017, at the age of 88 years.

Fred was born on January 13, 1929, in New York City, New York, to the late Antonio and Emilia Butera. Fred served as a member of the United States Marine Corp for six years. He was an active member of his community in Deer Park, NY serving as a coach of Little League Baseball and Football. Fred also was the Grand Trustee, State of New York for the order of Sons of Italy in America. Fred was loved by many and will be missed by all who knew him.

Fred will be lovingly remembered by his wife Marilyn and his three children Robert (Linda), Richard (Penny), Kathleen (Richard) and his three grandchildren Jennifer, Richard and Shannon. Fred will also be lovingly remembered by his three step-children Edward (Stacy), Debbie (D), Laurie (Brenda), and his three step-grandchildren as “Pop” Heather (Vincent), Sabrina and Alex as well as his step-great grandchild Sophia. Fred is survived by his sisters, Margaret and Vincenza. In addition to his parents, Fred was preceded in death by his sister Katherine and brother, Gabriel.

To leave a condolence, you can first sign into Facebook or fill out the below form with your name and email. [fbl_login_button redirect="https://robersonfh.com/obituary/fidele-fred-emilio-butera/?modal=light-candle" hide_if_logged="" size="medium" type="login_with" show_face="true"]
×

A Funeral Prayer service will be held 10 a.m. Saturday, Dec. 30, at the funeral home.

Burial with Military Honors by the U.S. Marine Corp. will be held at Sarasota National Cemetery in Sarasota, FL at 1 p.m.