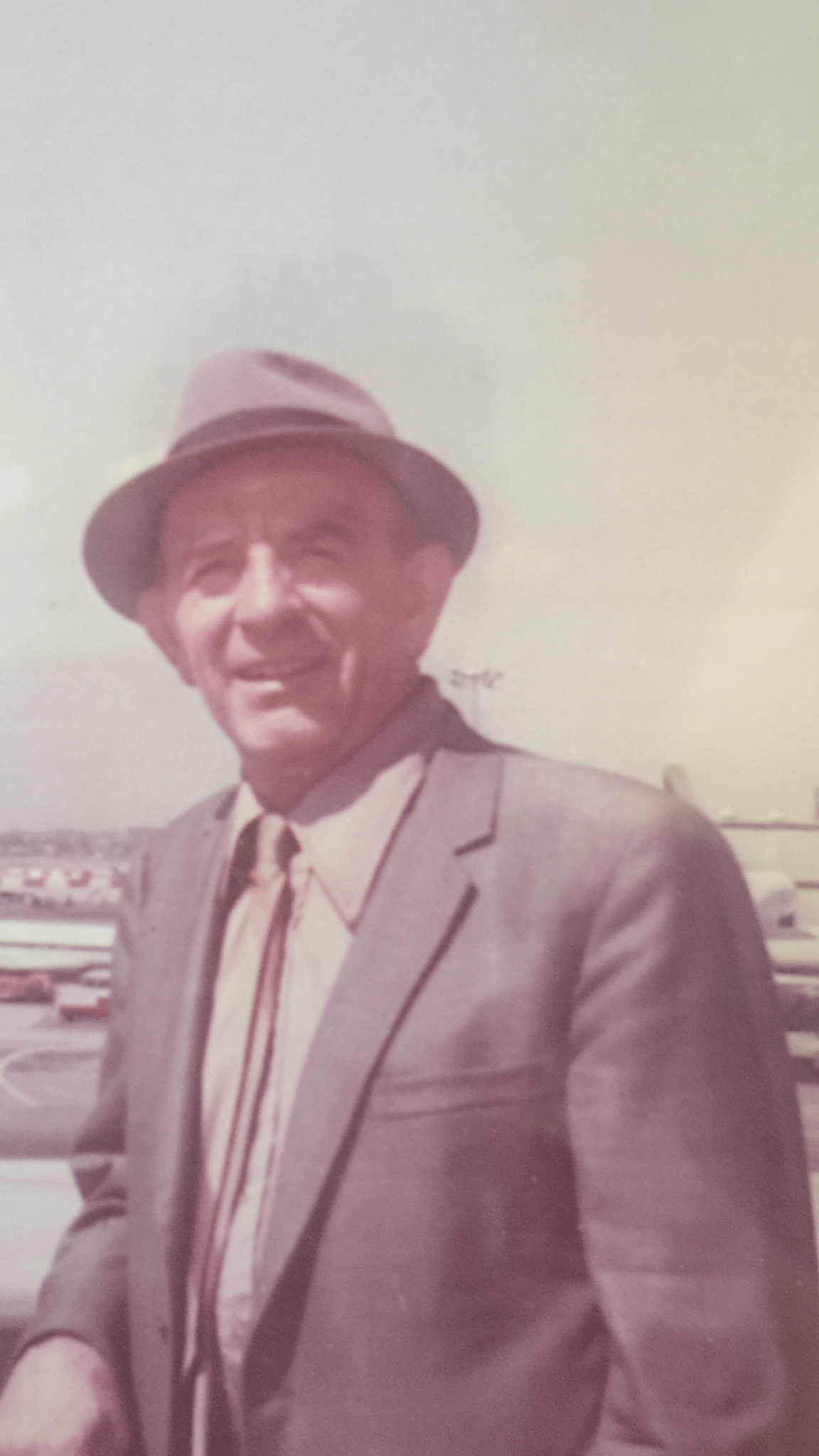 Frank Eberhardt, 96, of Port Charlotte, Florida passed peacefully at his home with  loved ones by his side on January 15, 2018.

Frank was preceded in death by his wife of 43 years, Margit Eberhardt. He is survived by the pride and joy of his life, his only child, Peter, beloved daughter-in-law Suzanne, and adored grandsons, Race, Griffin, and Maxwell. Frank is also survived by his loved nieces and nephews that reside in Hungary, and many friends.

Born in Budapest, Hungary in 1921, his father died when Frank was 18 yrs old, leaving him to protect and provide for his mother and two sisters during WWII against, first the German Occupation, then the Russian Occupation. The stories Frank had could fill numerous books and captivate any audience. After WWII, he escaped to Austria, then moved to Paris, France where he lived for 3 years. Frank was fluent in 5 languages and a skilled machinist who easily found work where ever he traveled. From Paris, he immigrated to Toronto, Canada where he married his wife, also from Budapest. (Margit worked for British Royalty in England as an upstairs maid and had stories of her own, witnessing Winston Churchill bark orders while in underwear and suspenders, smoking a cigar, to seeing Queen Elizabeth as a young teenager, always laughing, running, and playful in the backyard.) Frank secured a job with Ford Motor Company which brought him to America, and eventually landed a position with General Motors as a Tool Maker in Rochester, NY.  While there, he started a winery in the 60’s, called “Ebi’s Champagne”, where Frank, Margit, and Peter worked for the next 10years.

In 1979, Frank and Peter started Eberhardt Enterprises, a Tool & Die Corporation in Rochester, NY, which thrives to this day.  Retiring from GM in the late 80’s, Frank moved to Port Charlotte, Florida, his paradise and where he and his wife lived out the rest of their lives.

We would like to send a special thank you to Frank’s wonderful friends who gave their time to lovingly oversee Papa’s care during his aging years, especially Maria and Ken. In addition, we are grateful to Granny Nannies of Port Charlotte for sending us the most compassionate Maria, who met his every need in these his final 3 months. We will be forever grateful.Frank’s very first grandchild, whom he thoroughly adored along with his two grandsons that were to follow, was born with Down Syndrome. An organization close to Papa’s heart is a performing arts group for individuals with special needs.

Friends may visit online at www.robersonfh.com extend condolences to the family.

To leave a condolence, you can first sign into Facebook or fill out the below form with your name and email. [fbl_login_button redirect="https://robersonfh.com/obituary/frank-eberhardt/?modal=light-candle" hide_if_logged="" size="medium" type="login_with" show_face="true"]
×