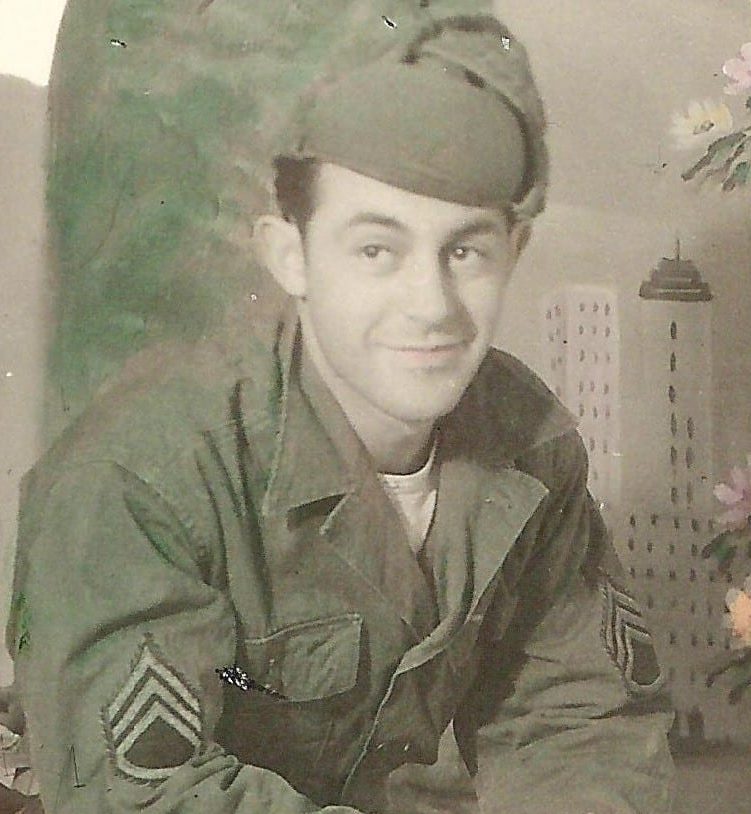 Services and interment will be in Gates of Heaven Cemetery, East Hanover, NJ.

Frank Perrone, 93, of Punta Gorda, Florida passed away on Friday, July 9, 2021 at Tidewell Hospice House in Port Charlotte, Florida.
Frank was born December 21, 1927 in Cedar Grove, New Jersey to the late Antonio and Maria Francesca (Falcone) Perrone from Calabria, Italy.  Frank moved to Florida in 1994 from Clifton, New Jersey.  Frank proudly served his country, enlisting at the young age of 16 in the Merchant Marines during World War II and later enlisted in the U.S. Army during the Korean War.  Frank was employed by Boyce Motor Lines for 20 years as a truck driver.  He continued to work for other trucking companies until his retirement. He was and always will be the root of his family tree, always putting his family first. He loved driving his cherry red Mustang and his 1997 Harley Davidson Road King, winning awards at local bike shows, riding until he was 84.
He was our Dad and our Poppy and will be missed.  He now joins the love of his life, Geraldine “Gerry” (nee Kurdes) Perrone who preceded him in death in 1997.  He is survived by two daughters, Cheryl Perrone Klump of Clifton, NJ and Traci L. (Christian) Vassoler of Flanders, NJ; a son, Frank A. Perrone of Punta Gorda, FL; 7 grandchildren, Leigh Heerbrandt, Justin Klump, Dana (Byron) Oldham, Anthony (Mia) Perrone, Jenna Perrone, Rachelle and Jessica Vassoler;  2 great grandchildren, Christopher Cardona and Kane Oldham. In addition to his wife he was preceded in death by brothers, John, Alex, Joseph and Louis; and sisters, Florence, Sandra and Mary.
Visitation will be held Wednesday, July 14, 2021 from 3:0O PM to 6:00 PM at Roberson Funeral Home 2151 Tamiami Trail, Port Charlotte, FL 33948 with military honors by a U.S. Army Honor Guard at 4:00 PM.  Services and interment will be in Gates of Heaven Cemetery, East Hanover, NJ.
Friends may visit online at www.robersonfh.co to extend condolences to the family.  Arrangements by Roberson Funeral Home & Crematory Port Charlotte Chapel.

To leave a condolence, you can first sign into Facebook or fill out the below form with your name and email. [fbl_login_button redirect="https://robersonfh.com/obituary/frank-perrone/?modal=light-candle" hide_if_logged="" size="medium" type="login_with" show_face="true"]
×

Services and interment will be in Gates of Heaven Cemetery, East Hanover, NJ.