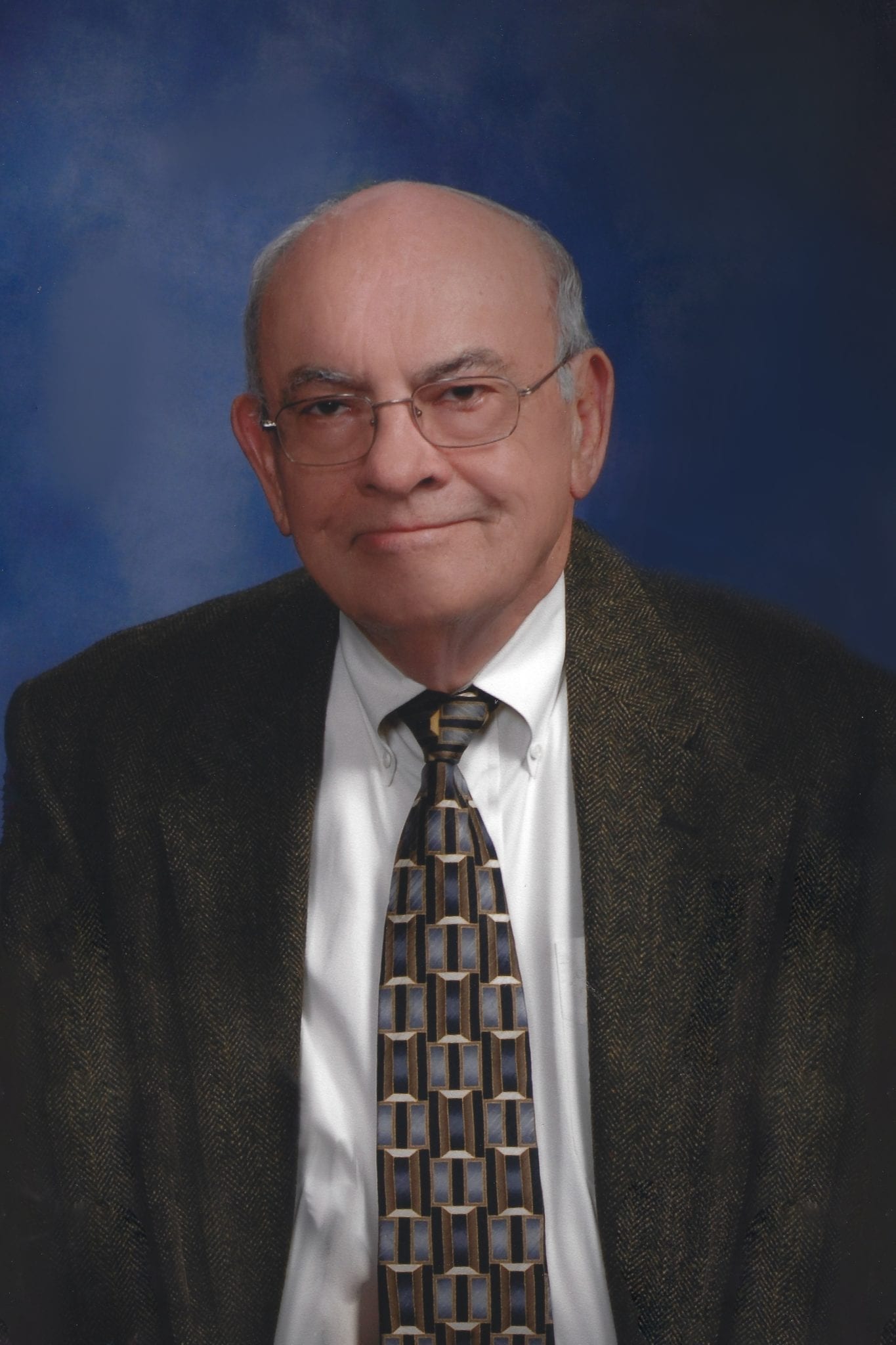 Private Memorial Service will be held at a later date by the family.

Gerald “Jerry” Arthur Swedeen, 84, of Port Charlotte, Florida died Saturday, November 7, 2020 at Fawcett Memorial Hospital, Port Charlotte.
Gerald was born June 8, 1936 to the late Arthur and Helen (Dunaiski) Swedeen. Gerald was a retired mechanical engineer and a U.S. Army veteran. He moved to Port Charlotte with his wife, Ruth in 2017 from Franklin, Tennessee.
Jerry died peacefully surrounded by his family. He led a joyful life full of humor and adventure. He grew up in St. Paul and Rochester, Minnesota and then graduated from high school in South Bend, Indiana, where he excelled on the football, golf and rifle teams. At Purdue University he graduated from the College of Engineering, was president of his fraternity, Kappa Delta Rho, and met the love of his life Ruth Ruzicka, whom he married in 1959. He spent time serving our country in the Army and National Guard in Illinois where he also started his professional engineering career which took him far afield across the US and even to Angola, Africa. Soon after moving to Chicago he and Ruth started their family of three girls who were the apples of his eye. Jerry and Ruth provided their children with strong educations and inspired a sense of curiosity about the world by taking them on many joyful and interesting family vacations.
Karen, their eldest, born in 1960, did him proud by following him to Purdue for her undergraduate degree. His second and third daughters Pam, born in 1961 and Paula in 1965 were Hoosier scholars as well, but chose Indiana University. All three were inspired by his loving, humorous spirit and his love of the outdoors. Jerry was passionate about hunting and his beloved hunting dogs Mike, Bear and Angus. They went on many adventures to Iowa and Nebraska with his hunting buddies and came home with countless pheasants for fall and winter feasts. He also loved to travel and enjoyed trips with Ruth all around the country and even to the Netherlands. All three of his daughters married. Pam and Karen each had three children each of whom Jerry cherished and inspired.
Pam followed her inspiration from Jerry into a career of protecting nature via philanthropy for conservation nonprofits. Pam and Bob Davee’s three children, Rachael, Max and Charlie shared so many fun times with their “Paka” growing up. Especially, during the time they all lived in Franklin, Tennessee where they delighted in spending time together playing, shooting, watching football, and attending the boys’ sporting events. Jerry became quite the Civil War buff during their stint in Franklin, where he and Ruth, and sometimes nephew Steven Ruzicka spent time collecting Civil War memorabilia and visiting battlefields.
Karen met and married Paul Effrem after attending medical school and lived in Jerry’s native Minnesota where their three kids Maria, Tim and Chris got to know and love Jerry and see him frequently while Jerry and Ruth lived in Cedarburg, Wisconsin where he honed his love of the Packers. In recent times the Effrems, Jer and Ruth all lived close by one another in Florida and enjoyed countless wonderful family times. Jer also got to know his two great-grandsons Jerry and Joey, Maria’s boys, while living in Florida.
Paula met and married Candyce Burroughs in Olympia, Washington where she took Jerry’s love of the outdoors and nature to heart and pursued a career in conserving forests and wildlife. She and Jerry shared a love of bird-watching, which he took up during his last years living in Florida.
He will always be fondly remembered and sorely missed by his family and friends.
He is survived by his loving family, his wife of 61 years, Ruth Irene Swedeen of Port Charlotte; two daughters, Pamela Swedeen Davee of Portland, OR and Paula Helen Swedeen of Olympia, WA; a brother, James Swedeen of Indianapolis, IN; 6 grandchildren, 2 great grandchildren, nephew Blair Swedeen, nephew Steven Ruzicka and niece Sally Ruzicka Misialik. In addition to his parents Gerald was preceded in death by a daughter, Karen Ruth Effrem, MD who died in February 2020 and his sister Barbara Jean Swedeen who died in November 2017.
Private memorial services will be held later by the family. Memorial contributions may be made to his beloved alma mater: Purdue/School of Engineering @ https://engineering.purdue.edu/Engr/Giving/GiveToday; Jerry graduated from the College of Engineering, Mechanical Engineering, Class of 1958 or in Jerry’s memory to Save the Franklin Battlefield, PO Box851, Franklin, TN 37065
Friends may visit online at www.robersonfh.com to extend condolences to the family. Arrangements by Roberson Funeral Home & Crematory Port Charlotte Chapel.

To leave a condolence, you can first sign into Facebook or fill out the below form with your name and email. [fbl_login_button redirect="https://robersonfh.com/obituary/gerald-arthur-swedeen/?modal=light-candle" hide_if_logged="" size="medium" type="login_with" show_face="true"]
×

Private Memorial Service will be held at a later date by the family.