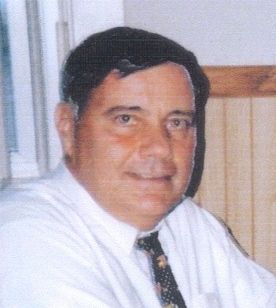 He was born August 31, 1943 in Meriden, Connecticut and grew up in Wallingford, CT where he graduated from Lyman Hall High School in 1961. He
earned a BSCE Degree from Rensselaer Polytechnic Institute, Troy, NY and later
a MSCE Degree from the University of Connecticut. Jerry was a Civil Engineer and
Project Manager for the City of New Haven, CT and CE Maguire Engineers of CT, and
was Chief Civil Engineer and Principal-In Charge of all Civil Engineering and Land
Surveying at Cascio, Bechir & Associates of CT before semi-retiring in 1999. After moving to Washington, New Hampshire, he worked for the U.S. Postal Service as
Postmaster Relief in Washington and served on the Planning Board and the Board of
Assessors for the Town of Washington until he moved to Punta Gorda in 2005. Jerry was the City Utilities Engineer for the City of Punta Gorda at the time of his death.

He was a member of the Washington Congregation Church, serving as Chairman of the Board of Trustees; a member of Punta Gorda Elks Lodge #2606 and a past president and Paul Harris Fellow of the North Branford, CT Rotary Club; a fellow of the
ASCE, CT Association of Land Surveyors and the Water Pollution Control Federation.

Jerry is survived by his wife of 28 years, Deborah of Punta Gorda; a daughter,
Laura J. Schulze of Guilford, CT; a son, Ryan J. of Lebanon, CT; a brother, Richard R.
of East Hampton, CT; a granddaughter, Nichole Cascio; three grandsons, James OConnor, Adam Schulze and Zygfield Cascio; several nieces and nephews; an aunt,
Marian Cascio Cibotti of Wallingford, CT and an uncle, Donald Cascio of Hamden CT; and many loving friends; He was preceded in death by his parents, Raymond J. and
Anna Lagoyka Cascio.

To leave a condolence, you can first sign into Facebook or fill out the below form with your name and email. [fbl_login_button redirect="https://robersonfh.com/obituary/gerald-cascio/?modal=light-candle" hide_if_logged="" size="medium" type="login_with" show_face="true"]
×