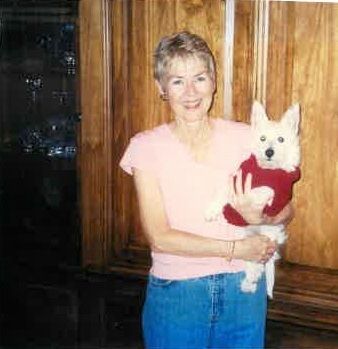 Geri spent her career in the banking industry and prior to retirement had served as the Vice President, Private Banking Manager of the SunTrust Punta Gorda Isles office. Geri had a great love for her community and was a member of the 1995 Leadership Charlotte Class. Geri then later became the Chairperson for the Leadership Charlotte Class of 1999, nicknamed “Geri’s Kids”. The 1999 Class worked hard and developed the Griffin Shields Draper Park in Punta Gorda.
Geri was proud to say that she lived in Punta Gorda and had a great spirit for adventure. She was a great hostess to many friend who enjoyed her bubbly personality and great sense of humor. Geri had a great love for animals and had numerous pets over her life time. Geri leaves behind Connor O’Connor, her long time loyal pet who provided her a great source of comfort and joy.

To leave a condolence, you can first sign into Facebook or fill out the below form with your name and email. [fbl_login_button redirect="https://robersonfh.com/obituary/geri-basye/?modal=light-candle" hide_if_logged="" size="medium" type="login_with" show_face="true"]
×