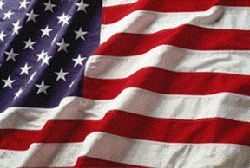 Born on May 19, 1923 in Cokato, Minnesota to the late Elmer and Anna Anderson, Harold, a veteran of World War II, United States Army, moved from South Carolina to Orlando in 1967, and retired to Port Charlotte in 1996 with his wife Miriam, where he enjoyed fishing along the Peace River. He was Protestant.

He is survived by his beloved wife of 64 years, Miriam E. Anderson; three children, sons Harold E. Anderson Jr. of Atlanta, GA, and Larry (wife Patricia) Anderson of Orlando, FL, and daughter, Becky (husband Richard) Turner of Tavares, FL; two grand and two great grandchildren; two nieces and a nephew. In addition to his parents, Harold was preceded in death by two sisters.

To leave a condolence, you can first sign into Facebook or fill out the below form with your name and email. [fbl_login_button redirect="https://robersonfh.com/obituary/harold-anderson/?modal=light-candle" hide_if_logged="" size="medium" type="login_with" show_face="true"]
×