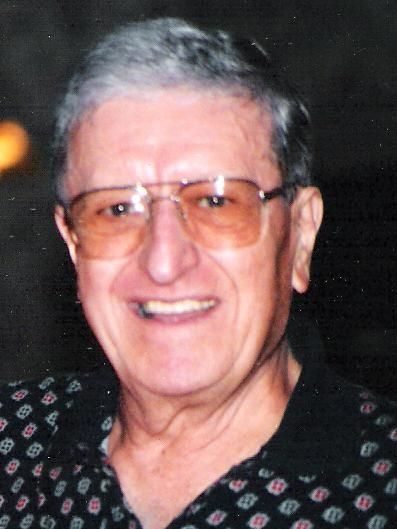 Jacintho “Jesse” Fernandes, Jr. , 81, of Port Charlotte, Florida passed away February 16, 2010At his residence. Jesse was born in New Bedford, MA on July 13, 1928 to the late Jacintho and Odilia Rezendes Fernandes. Jesse and his wife moved from Dartmouth, MA to Port Charlotte Where they resided for the past 25 years. Jesse graduated from New Bedford High School in 1946. He graduated with a Bachelor Degree from Providence College and New Bedford Institute of Technology. He went on to earn his Master’s Degree in Education from Bridgewater State College. Jesse begin his career at Gidley School in Dartmouth, MA as a 5th grade teacher. He became principal of the Gidley School and later served as principal of the DeMello School. In 1984 he retired from the Dartmouth School System after 30 yrs, of dedicated service. Jesse was active in numerous organizations. He served as Treasurer of Feast of the Blessed Sacrament in 1952, Past Secretary of the Dartmouth Lions Club, Director of Dartmouth Parks and Recreation for many years, as well a member of the Prince Henry Society. Among his many interests were a Ham operator, photography, and train collecting. He was an avid baseball player and also coached youth basketball. He served as an Army medical technician in the Korean War.
Survived by his loving wife of 56 years of Marriage, Marie-Rose Connie (Spoor)Fernandes of Port Charlotte; A son, Jacintho “Jesse” Fernandes II of Dartmouth; a brother, David and Jean Fernandes from Port Charlotte; a foster granddaughter, Dawn Psicharis; He also leaves numerous nieces and nephews. He was preceded in death by his sister, Odilia Fernandes and his parents.
Visitation will be Friday, February 19, 2010 from 6:00 Pm to 8:00 PM, Mass of Christian Burial will be11:00 AM Saturday, February 20, 2010 at San Antonio Catholic Church in Port Charlotte.Inurnment will be held a Sarasota National Cemetery.
In lieu of Flowers, Memorial Contributions may be made to The Jesse Fernandes Scholarship Fund Care of DeMello School PTA at 654 Dartmouth Street, South Dartmouth, MA. 02748.
Friends may visit online at www.robersonfh.com to sign the guest book and express condolences. Arrangements by Roberson Funeral Home & Crematory Port Charlotte Chapel.

To leave a condolence, you can first sign into Facebook or fill out the below form with your name and email. [fbl_login_button redirect="https://robersonfh.com/obituary/jacintho-fernandes/?modal=light-candle" hide_if_logged="" size="medium" type="login_with" show_face="true"]
×