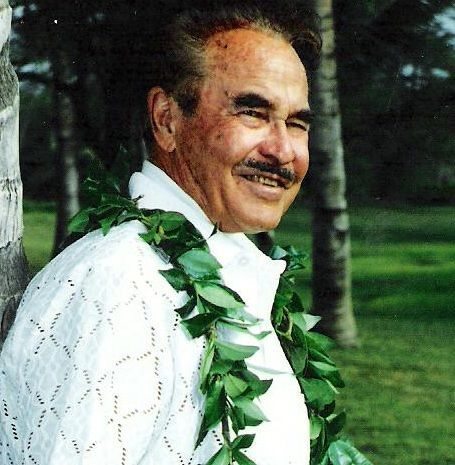 James M. Brown, 84, of Punta Gorda, Florida passed away Sunday, January 31, 2010 at Fawcett Memorial Hospital in Port Charlotte. Jim was born September 20, 1925 in Ottumwa, Iowa. He began coming down to Port Charlotte for the winter in 1997 from Moline, IL and moved to Punta Gorda permanently in 2001. He was a loving husband, father, grandfather and great grandfather and will be missed very much, but not forgotten. He retired from John Deere Company after 37 years of service in Moline, IL.
Jim was a veteran of World Word II where he was a decorated UDT-NAVY SEAL. He received the Presidential Unit Citation for outstanding performance in combat during the invasion of Normandy, June 6, 1944. Determined and zealous in the fulfillment of an extremely hazardous mission, the Navy Combat Demolition Unit of Force ‘O’ landed on the Omaha Beach with the first wave under devastating enemy artillery, machinegun and sniper fire. With practically all explosives lost and with their force seriously depleted by heavy casualties, the remaining officers and men carried on gallantly, salvaging explosives as they were swept ashore and in some instances commandeering bulldozers to remove obstacles. In spite of these grave handicaps, the Demolition Crews succeeded initially in blasting five gaps through enemy obstacles for the passage of assault forces to the Normandy shore and within two days had sapped over eighty-five percent of the Omaha Beach area of German placed traps. Valiant in the face of grave danger and persistently aggressive against fierce resistance, the Navy Combat Demolition Unit rendered daring and self-sacrificing service in performance of a vital mission, thereby sustaining the high traditions of the United States Naval Service. He also received the European-African-middle Eastern Campaign Medal, the two Bronze Stars, the American Campaign Medal, a World War II Victory Medal, an Honorable Service Lapel Button and the Presidential Unit Citation Ribbon with one Bronze Star.

He was preceded in death by his first wife Roberta, his parents and a brother and sister.

There will be a memorial mass 11:00 AM Friday, February 5, 2010 at San Antonio Catholic Church in Port Charlotte. Military honors by the US Navy and inurnment will follow at 1:30 PM at Sarasota National Cemetery. Memorial contributions may be made In Memory of James M. Brown to: Navy UDT-Seal Museum: 3300 North SR A1A, Fort Pierce, FL. 34949

You may visit online at www.robersonfh.com to sign the guest book and extend condolences to the family. Arrangements by Roberson Funeral Home & Crematory Port Charlotte Chapel.

To leave a condolence, you can first sign into Facebook or fill out the below form with your name and email. [fbl_login_button redirect="https://robersonfh.com/obituary/james-brown/?modal=light-candle" hide_if_logged="" size="medium" type="login_with" show_face="true"]
×