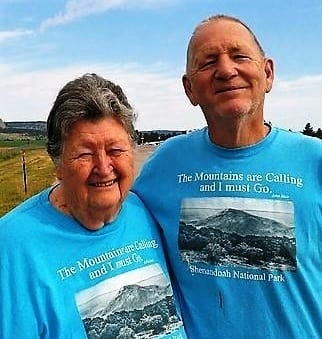 Our Savior Jesus Christ has destroyed death and brought life and immortality to light through the Gospel. Let us remember with thanksgiving what God had done through His servants James Henry Garnett and Daisy Carlo (Loveless) Garnett who went to rest in their Savior’s arms February 7, 2019.

James and Daisy attended Timberline Fellowship in Paige TX and were friends of Ridgeway Baptist Church also in Paige TX. They served their Savior at home, church, and in the community their entire life. James was a retired bus and truck driver but enjoyed his work as a park ranger for the National Park Service the most. Daisy was retired after years working as a proof operator at the Bank of Cabot in Cabot AR, and as an administrative assistant of the Childhood Ed Department at the University of Central Arkansas in Conway AR.

A Memorial Service will be held February 16, 2019 at 11:00am with a reception with the family afterwards. A Graveside Service will also be held at Mt Carmel Cemetery in Cabot AR on February 18, 2019 at 10:00am. In lieu of flowers the family request gifts be made in James and Daisy’s name to the charity of your choice.

The Lord gives and the Lord takes away; blessed be the name of the Lord. We give thanks to God our Father through Jesus Christ our Lord, for our brother and sister, James and Daisy. May they rest in peace and rise in glory.

To leave a condolence, you can first sign into Facebook or fill out the below form with your name and email. [fbl_login_button redirect="https://robersonfh.com/obituary/james-daisy-garnett/?modal=light-candle" hide_if_logged="" size="medium" type="login_with" show_face="true"]
×