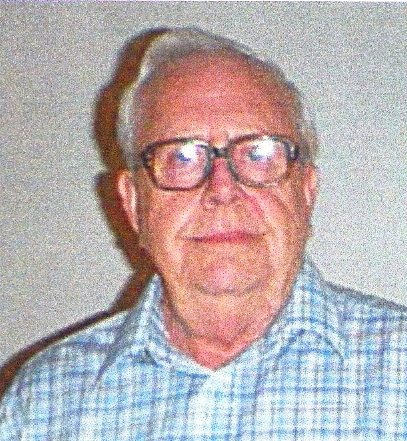 Jim was born to the late Ethel and James R. Nash. While on a tour of duty in Great Britain, Jim met and married the love of his life Joan Eatough. Joan moved with Jim to Oklahoma in the U.S. to start their life together. Joan and Jim had 3 children, Karen, Judith and Paul. Jim was also the father of son James. Jim proudly served his country in the U.S. Navy and in the U.S. Air Force. He served as a guard at the U.S. Supreme Court, where he knew many of the Justices. When Jim found a stray dog at the court he brought it home and named it “Berger” for Chief Justice Warren Berger. Jim had a kind heart for animals; he and Joan rescued and adopted many cats over the years. Jim was a Tennessee country boy at heart and loved to play his guitar, he also had a passion for working on automobiles.

In his retirement in Florida, he enjoyed traveling with Joan and friendships he made at the Sons of Italy and the British Club. He was member of the Sun Coast Banjo Band.

He is survived by his loving wife of 59 years, Joan M. Nash; son, James Nash of Chattanooga, TN; grandchildren April and Jason; and sister, Shirley and son-in-law Kevin King.

To leave a condolence, you can first sign into Facebook or fill out the below form with your name and email. [fbl_login_button redirect="https://robersonfh.com/obituary/james-l-jim-nash/?modal=light-candle" hide_if_logged="" size="medium" type="login_with" show_face="true"]
×