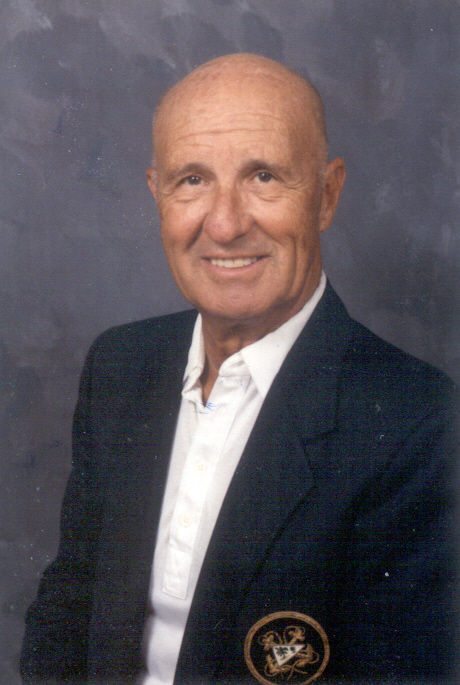 Jim was born June 25, 1922 in Buffalo, New York to the late Ewold and Marietta Stewart Yonk, but raised in Wauwatosa, WI. He graduated from high school at age 16 with honors. At the University of Wisconsin where he was an Alpha Delta Phi, he received a Chemical engineering degree before being inducted into the U.S. Navy in 1943. Lt. Yonk was assigned to the Battleship USS California in the Pacific Theater. While the California was being refitted after receiving heavy damage, he attended Radar Schools at Princeton and MIT. During this time he also received degrees in Mechanical and Electrical Engineering. When the California was put back into service, he was Radar Chief of the Under Water Demolition Team (UDT) setting beacons for attack positions. Jim moved to Punta Gorda in 1982 from Denver, Colorado, after being employed by Johns Manville Corporation for some 33 years, retiring as Vice President and Director of Research. He traveled the world seeking locations to build fiberglass plants for the company. Jim was raised Lutheran, but attended several denominations before being baptized into the Church of Christ, Port Charlotte. He had a life long love of sailing and the sea. His hobby was making scale model sailing ships.

To leave a condolence, you can first sign into Facebook or fill out the below form with your name and email. [fbl_login_button redirect="https://robersonfh.com/obituary/james-yonk/?modal=light-candle" hide_if_logged="" size="medium" type="login_with" show_face="true"]
×