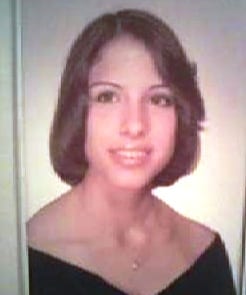 On the afternoon of March 3rd 2020, Janet Waldman was called home to be with our Lord after a long courageous battle with Cancer.


Janet Waldman born Janet BentiPorto to Eugene and Albertina BentiPorto on March 11th, 1957 in the Bronx, New York.
She is Survived by her Husband of 37 years Barry Mitchell Waldman, to whom she married on September 4th, 1983 on Long Island, New York, their two children, Jarrett William Waldman, Jessica Michelle Waldman; her Granddaughter, Hailey Jane Carey, Sister Marian Bentiporto Butler, Mother in Law, Sandra Carbone, Sister in law, Monica Carbone, Brother in Law, Philip Carbone, and numerous relatives, nieces, nephews, cousins, and countless friends.
“You are always Loved and Never Forgotten”
Rest in Peace My Love
“We’ll Cross that bridge when we get there”
Flowers and condolences may  be sent to her home at 866 Chevy Chase NW, Port Charlotte, FL 33948

To leave a condolence, you can first sign into Facebook or fill out the below form with your name and email. [fbl_login_button redirect="https://robersonfh.com/obituary/janet-waldman/?modal=light-candle" hide_if_logged="" size="medium" type="login_with" show_face="true"]
×