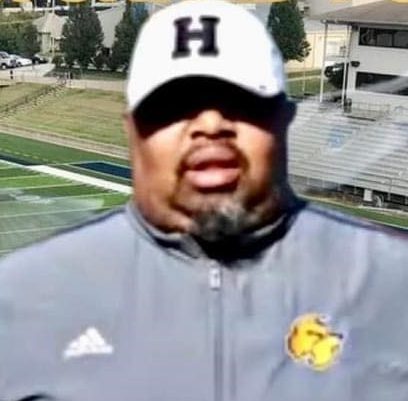 Burial will follow the 11 am. service on Thursday, December 22, 2022, at Restlawn Memorial Gardens cemetery in Port Charlotte, FL.

Memorial Services will be held at Highland Community College, in Highland Kansas on January 23rd, 2023.

Jared Anthony “Coach Powers” age 41, earned his wings on December 10, 2022, at his residence in Highland Kansas.  He will be missed by his family, coaching staff, players, and friends.

Jared was born on February 18, 1981, at Brookdale Hospital in Brooklyn NY to Elaine DeVerger and Anthony Hopper. Jared migrated to North Port Fl in October 1982 with his mother, maternal grandmother and two cousins.  Elaine eventually married, now deceased, husband Bryan Powers.  Jared was adopted by Bryan, and name was changed to Powers.  In his early years he would sit with his father, and maternal grandfather, read the sports page out of the newspaper, and watch sports programs.  He participated in almost every sports program offered in the community – baseball, soccer, basketball, but eventually turned his love for sports to focus on football.

Jared’s character was one of integrity and conviction. He was a loving, thoughtful, caring and kind son and brother.  A gentle giant who humbly gave of himself to anyone in need.  His love and passion for football spans more than 20 years.  During this time, he held various football coaching positions.  In 2021, he earned the well-deserved title as Head Coach at Highland Community College.   His purpose was to help make his players and staff the best they could be, while taking no credit for his accomplishments.

He is preceded in death by his maternal and paternal grandparents, both his biological and adopted fathers, Auntie Lin (Mercedes DeVerger).  He is survived by his mother Elaine DeVerger-Powers, siblings Ashley (Jesse Nicotra) and Bryan Powers (Kiesha Lane), nine nieces and nephews, and many other close family members.

Friends may visit online at www.robersonfh.com to extend condolences to the family. Arrangements by Roberson Funeral Home Punta Gorda Chapel.

To leave a condolence, you can first sign into Facebook or fill out the below form with your name and email. [fbl_login_button redirect="https://robersonfh.com/obituary/jared-anthony-powers/?modal=light-candle" hide_if_logged="" size="medium" type="login_with" show_face="true"]
×

Burial will follow the 11 am. service on Thursday, December 22, 2022, at Restlawn Memorial Gardens cemetery in Port Charlotte, FL.

Memorial Services will be held at Highland Community College, in Highland Kansas on January 23rd, 2023.