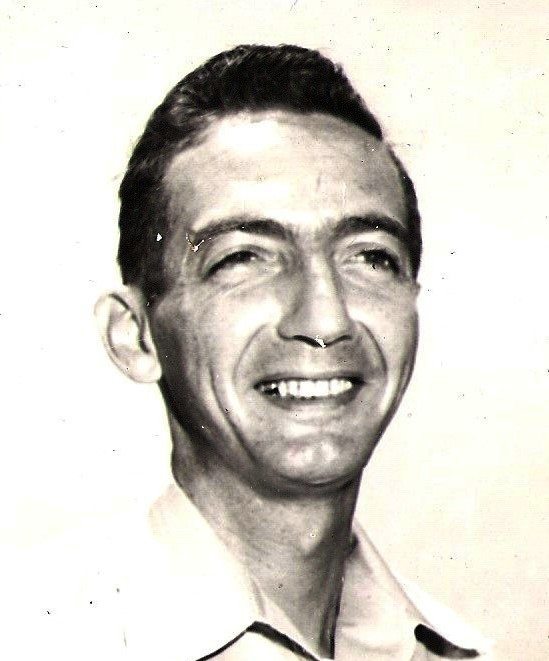 Burial with Military Honors by the U.S. Navy & American Legion Post 110 of Port Charlotte will be held at Restlawn Memorial Gardens in Port Charlotte.

John was born on August 2, 1928 in Portland, Maine, to the late Henry and Marion Finks. He had a very adventurist life. Joining the Navy at age 17 because sailors have more fun, he served in three wars, retiring after 22 years as a navy Corpsman. During this time John was married and had 3 beautiful girls. He then attended the University of Florida (Go Gators) and at age 50, graduated as a Registered Nurse in 1978. John and his second wife Maureen moved to Port Charlotte in 1981. A former R.N. for Fawcett Memorial Hospital in Port Charlotte, John was a member of Temple Shalom in Port Charlotte, and a life member of American Legion Post 110 and Disabled American Veterans (D.A.V.) Chapter 82, both in Port Charlotte, the Navy Fleet Reserve Association of Orlando, FL, and American Jewish War Veterans. He enjoyed playing poker, golf, watching the Gators play football and basketball, and bowling as a member of the Pin Busters bowling league in Port Charlotte.

John is survived by his beloved third wife of nearly 3 years, Debra Finks; three daughters, Linda Davis of Casco, ME, Diana (Robert) Gardner of West Palm Beach, FL, and Donna Finks of Eastport, ME; a sister, Esther Kelly of Portland, ME, and brother-in-law, Donald Cady of Portland, ME; four grandchildren, Adam (Katie) Davis, Julia (Steven) Cherubino, and Ryan and Patrick Gardner; numerous great grandchildren, nieces and nephews. In addition to his parents, John was preceded in death by his brother, Donald Finks, and second wife of more than 42 years, Maureen J. Finks, in January of 2011.

Friends may visit online at www.robersonfh.com to extend condolences to the family. Arrangements are by Roberson Funeral Homes, Port Charlotte Chapel.

To leave a condolence, you can first sign into Facebook or fill out the below form with your name and email. [fbl_login_button redirect="https://robersonfh.com/obituary/john-morris-finks/?modal=light-candle" hide_if_logged="" size="medium" type="login_with" show_face="true"]
×

Burial with Military Honors by the U.S. Navy & American Legion Post 110 of Port Charlotte will be held at Restlawn Memorial Gardens in Port Charlotte.