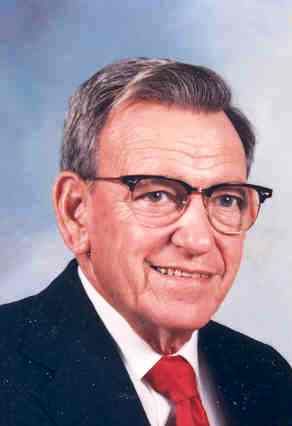 Born on August 8, 1920 in Washington, District of Columbia, John, a Veteran of the U.S. Army Aberdeen Research Battalion World War II, whose engineering experience and skills began at an early age building bridges and expanded to experimental Nuclear Reactors for the military, and as a civilian building homes and Real Estate sales, moved to Charlotte County from Falls Church, Virginia in 1968. Once here he began his career as a Real Estate Broker, and married the then Joyce Sours, in 1969, and together started Joyce Realty of Port Charlotte. He was awarded 7 U.S. Patents in Engineering, served 4 years on the National Inventors Council, was Past President and a Founding member of the YMCA of Charlotte County; was a member of Port Charlotte United Methodist Church, American Legion Post 110, and the Disabled American Veterans Chapter 82, all of Port Charlotte; the B.P.O. Elks Lodge 2606 and the Punta Gorda Isles Civic Association in Punta Gorda.

To leave a condolence, you can first sign into Facebook or fill out the below form with your name and email. [fbl_login_button redirect="https://robersonfh.com/obituary/john-rothgeb/?modal=light-candle" hide_if_logged="" size="medium" type="login_with" show_face="true"]
×