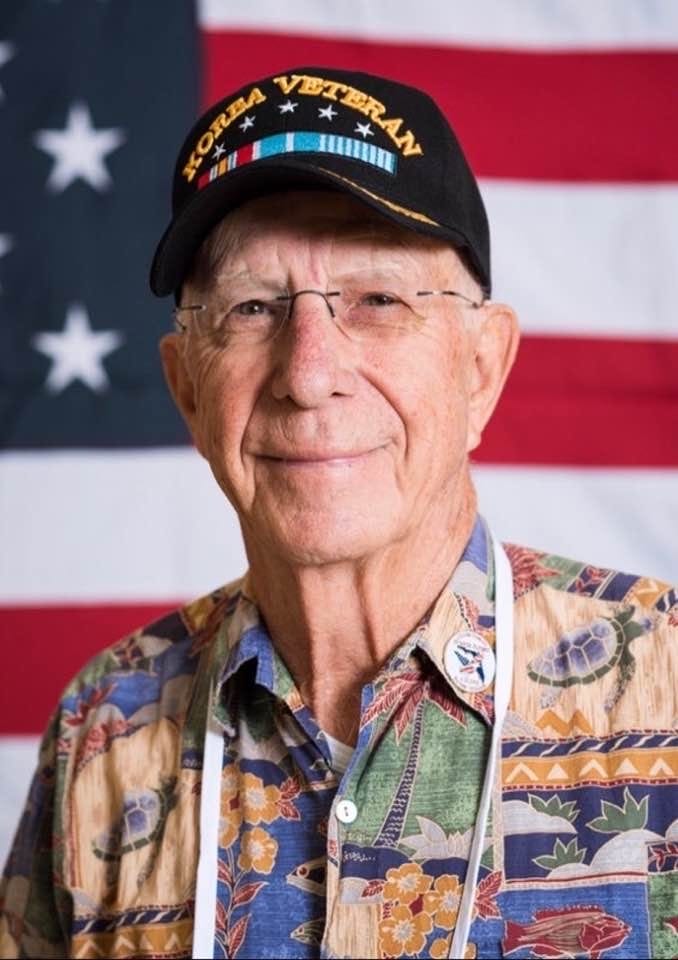 A Celebration of Life service will begin at the Roberson Funeral Home Chapel on March 3rd, at 11 AM.

As expressions of sympathy, donations to the charity of your choice would be appreciated.

Joseph William Jones, 87, of North Port, FL, passed away on Thursday, February 20, 2020 at his Cypress Falls North Port home.
Joe was born on September 26, 1932 in Gilkey, NC, to the late John H. and Sarah E. Jones. He joined the U.S. Navy out of High School and returned to his home State of North Carolina after serving in the Korean War. He started a trucking career with his brother, John, and later married and re-located to Fresno, CA, where he began his Real Estate career. He worked for RMS Realty as both an agent and eventually as the Broker/Owner. He ended his career working for Realty Concepts. While living in Fresno he was a member of the Arlington Heights Church of Christ, and later the Woodward Park Church of Christ. He retired in 2006 and moved to North Port, FL, where he became an active member of his Cypress Falls community and the Port Charlotte Church of Christ.
He is survived by his children Chris (Maristela) and Danielle; stepchildren Billy, Michael (Sheila), and Dionna (Tony); brother Marion (Brenda); niece Kelly; nephews Richard, Scott, David and Henry; grandsons John and Zack, and many step-grandchildren and step-great grandchildren.
Visitation will be held on March 2, 2020, from 4-6 PM, at the Roberson Funeral Home, 2152 Tamiami Trail, Port Charlotte, FL 33948 A Celebration of Life service will begin at the Roberson Funeral Home Chapel on March 3rd, at 11 AM.
Interment with military honors will follow at 2:00 PM at the Sarasota National Cemetery, 9810 State Road 72, Sarasota, Florida 34241 A potluck gathering will take place at the Cypress Falls Social Hall, 2605 Arugula Dr, North Port, FL 34289, from 3-5:30 PM.
As expressions of sympathy, donations to the charity of your choice would be appreciated.
Friends may visit online at www.robersonfh.com to extend condolences to the family. Arrangements by Roberson Funeral Home Port Charlotte Chapel.

To leave a condolence, you can first sign into Facebook or fill out the below form with your name and email. [fbl_login_button redirect="https://robersonfh.com/obituary/joseph-william-jones/?modal=light-candle" hide_if_logged="" size="medium" type="login_with" show_face="true"]
×

A Celebration of Life service will begin at the Roberson Funeral Home Chapel on March 3rd, at 11 AM.

As expressions of sympathy, donations to the charity of your choice would be appreciated.