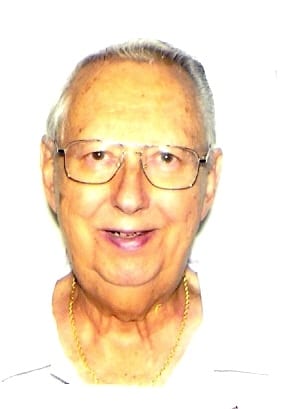 Military Honors will follow by the U.S. Army Honor Guard.

Inurnment will be held at a later date.

He was born October 2, 1930 in Chicago, Illinois. After enlisting in the Army during the Korean War, Len was assigned to the Army Security Agency. He traveled extensively during his Army tour. In 1952, Len was recruited by both the CIA and NSA in Washington, D.C. In June 1952, he began working for the NSA. He continued to work jointly for NSA, CIA and other intelligence agencies, and continued to travel extensively. From 1968 to 1971, Len resided in Okinawa, Japan during the Viet Nam War. Len was proud of his service and accomplishments as a Senior Staff Intelligence Officer for over 34 years. Len’s education included the University of Maryland, the Defense Intelligence School, the Monterey Naval Postgraduate School and the National Cytologic Program. He was officially certified in 3 professional careers. He was also the recipient of 16 consecutive “Outstanding” Performance awards and numerous other awards. Len authored 2 classified books that were used by in-house analysts as reference guides. After retirement, Len enjoyed traveling. He was able to visit every Scandinavian capitol, Russia, China, Australia and New Zealand. Len was a member of the National Civilian Marksman Program in which he competitively shot. He was a member of the Deep Creek Elks Lodge 2763, the Knights of Columbus 4th Degree of Annapolis, MD and the ARRI Amateur Radio Club. Len was also an active, charter member of San Antonio Catholic Church of Port Charlotte.

He is survived by his wife, Wilma Michaud, a daughter, (Diane (Tim) Lowry; a step daughter, Leslie (Eric) Wetherington, a step-son, Mark (Dotty) Rein; and number grandchildren and great grandchildren. He was preceded in death by his first wife, Barbara, and his son, Paul.

To leave a condolence, you can first sign into Facebook or fill out the below form with your name and email. [fbl_login_button redirect="https://robersonfh.com/obituary/leonard-len-michaud/?modal=light-candle" hide_if_logged="" size="medium" type="login_with" show_face="true"]
×

Military Honors will follow by the U.S. Army Honor Guard.

Inurnment will be held at a later date.