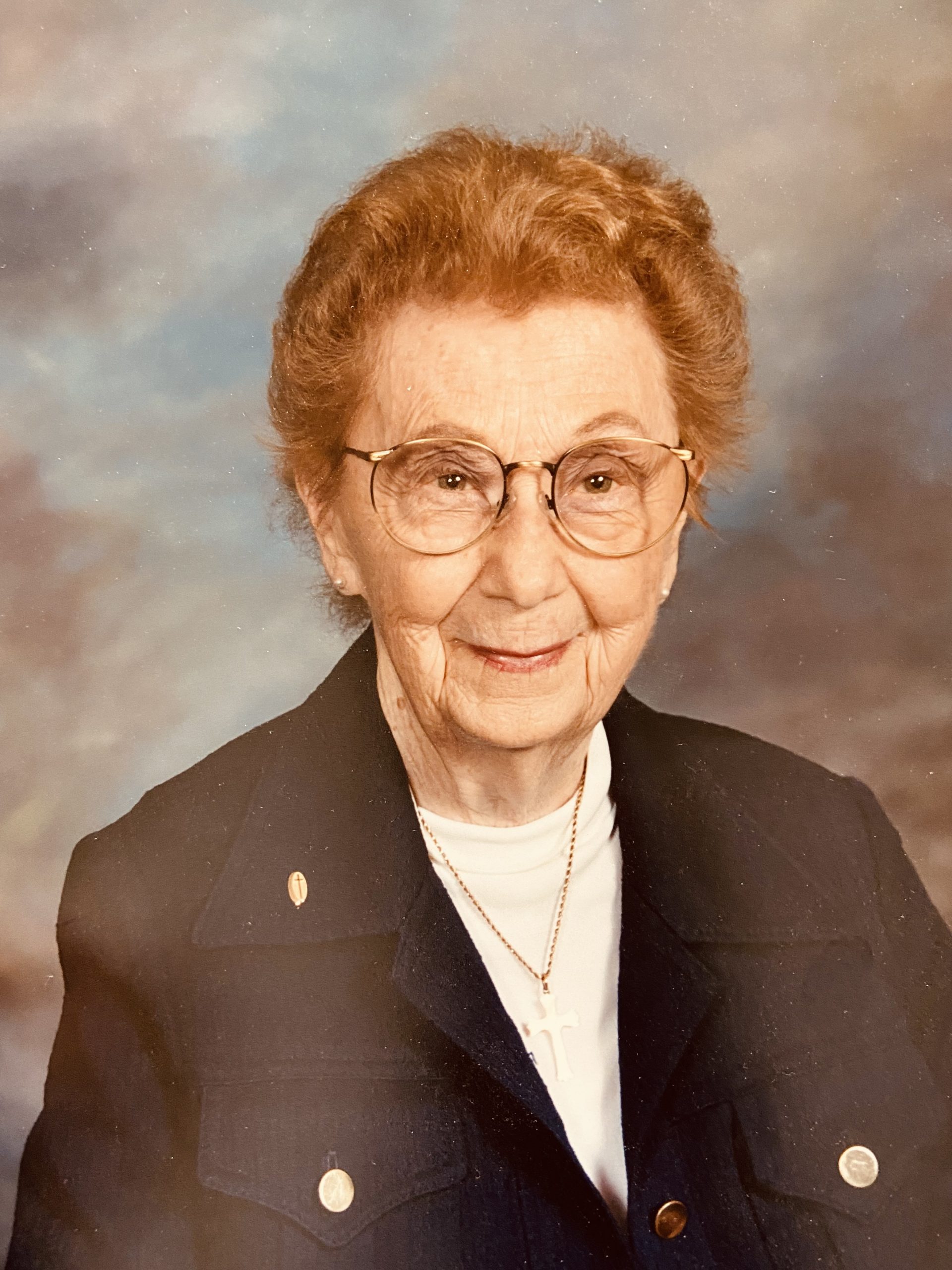 Grace was born July 7, 1914, in Hutchinson, Kansas to the late Austin B. and Nettie E. (Smith) Chicken. She moved to Buffalo, MO when she was 6. She and her brother, the late Earl Stephen Chicken walked 1.5 miles one way to a one-room schoolhouse.

Grace graduated from the University of Kansas with a Bachelor of Science in Nursing in 1938. After returning from WWII, she earned her Master’s degree in Pathology from Northwestern University.

During WWII she joined the Red Cross because it was the only route for nurses to join the service at that time. She went on to join the then Army-Airforce’s newly created Air-Evac group treating military personnel being transported to North American hospitals. After her Masters, she returned to the military as an Air-Evac nurse for the Korean War. Grace retired from the United States Airforce as a Lieutenant Colonel in 1968. She then went on to start the LPN program at Wichita State University.

She moved to Port Charlotte in 1974 from Wichita, Kansas.

In 2021, South Port Square dedicated the “Amazing Grace’s Legacy Library” –the library Grace created in the Gables East building in her honor.

Memorial services celebrating Grace’s life will be held Saturday 2:00 PM, October 9, 2021, at Roberson Funeral Home Chapel, 2151 Tamiami Trail, Port Charlotte, FL 33948. Rev. Denvil Farley will officiate with full military honors by a U.S. Air Force Honor Guard from MacDill Air Force Base, Tampa, Florida. Interment will be in the Oaklawn Cemetery, Buffalo, Missouri with her parents and her brother at a later date.

To leave a condolence, you can first sign into Facebook or fill out the below form with your name and email. [fbl_login_button redirect="https://robersonfh.com/obituary/lieutenant-colonel-grace-elizabeth-chicken-usaf-retired/?modal=light-candle" hide_if_logged="" size="medium" type="login_with" show_face="true"]
×