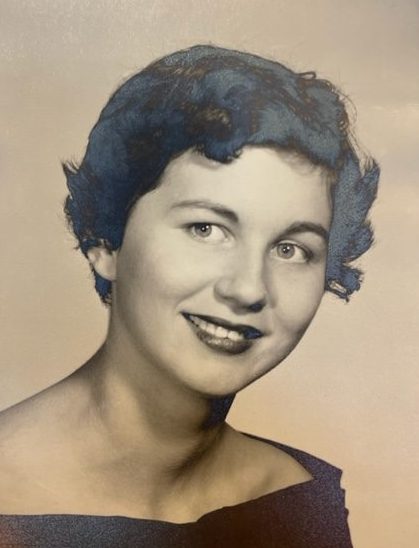 Margo, also fondly known as “Markie” by her many grandchildren, was born in Brunswick, Georgia, on September 17, 1939. She was a wonderful prototype of her generation and fondly remembered her childhood growing up in Brunswick and St. Simons.

Like many coming from that time, her immediate and extended family was greatly affected by WW2. She graduated from Glenn Academy and then attended Furman University, where she graduated with a Sociology Degree (her sons still think it was a MRS degree) and met Tom “Big T” Conard. They married right after college and, after a few years and 3 sons, relocated to Tom’s hometown of Miami, FL. She loved Miami’s bright lights, raising her sons, tennis, cooking, reading, gardening, and playing cards…. almost all card games. Tom then moved the family across the state to Lake Suzy, FL, where she still enjoyed all the above except the bright lights….as she was aghast that the best restaurant in Port Charlotte closed at 9pm. She was the ultimate Uber-Mom before they existed and shuttled her boys all over Southwest Florida in pursuit of their varied endeavors. She was a wonderful southern cook, with her sons having very few memories of a cold breakfast before school. She only stopped using bacon grease as a normal condiment after Big T’s bypass and embraced the nouveau healthy cooking well before it became mainstream. In Lake Suzy, she continued her card playing mastery and always pretended to be shocked when the Queen of Spades was found in one of her son’s pockets…during a game. She continued a lifelong friendship with Suzy Sheppard and made great new friends (Miss Anne), all while trying to control, and feed, a mob of pre-teen/teen/college/young adult people that constantly wandered in and out of her house. She was delighted when the grandchildren came along and was especially close to Caroline and MacKinzie.

Margo’s journey took an unexpected turn in 2010 when she suffered a life-altering stroke. Although Margo’s stroke was a catastrophic family event, the care she received at Solaris Healthcare was a constant comfort to all involved. The compassion and dignity the Solaris staff afforded to Margo during the 12 years she was a resident was considered amazing at first, and then normal…but it was never taken for granted by her friends and family. Nadine and her nursing team cannot be thanked enough for all that they did over those long years. From “Yes” to “No” to “True”…from breaking the security code….and from thoroughly and soundly “GDing” most every resident, employee, and visitor that she encountered…Margo was definitely royalty in the D wing. Thanks so much, Solaris Family!!!

To leave a condolence, you can first sign into Facebook or fill out the below form with your name and email. [fbl_login_button redirect="https://robersonfh.com/obituary/margaret-c-conard/?modal=light-candle" hide_if_logged="" size="medium" type="login_with" show_face="true"]
×