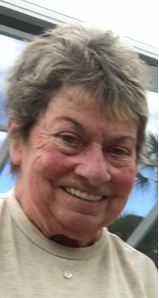 Marla was born July 9, 1944 in Akron, Ohio to the late Joseph and Margaret (Burgan) Linn. She was a 1962 graduate of Garfield High School in Akron, OH. Marla spent most of her career with Smith Chemical of Canton, OH as a secretary until she retired in 1997. After retirement, she moved to Indian Rocks Beach, FL with her husband where they enjoyed many things including boating and golfing. She was an avid baseball fan and loved her Tampa Bay Rays.

Memorial contributions in Marla’s memory may be made to: TideWell Hospice of Sarasota, FL

To leave a condolence, you can first sign into Facebook or fill out the below form with your name and email. [fbl_login_button redirect="https://robersonfh.com/obituary/marla-j-reich/?modal=light-candle" hide_if_logged="" size="medium" type="login_with" show_face="true"]
×