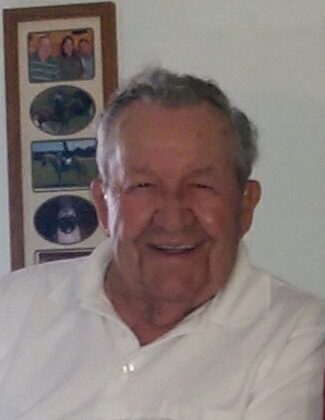 Maurice was born on Sunday, July 19, 1931, in Manchester, New Hampshire, to the late George and Marie Chalifour.  A veteran of the United States Army, Maurice saw service in his country’s military during the Korean War.  Following his time in the military, he eventually began a career with Texas Instruments or TI as they are sometimes referred to, and eventually retired from Texas Instruments and relocated to Florida from Plainville, Massachusetts.  He and his beloved wife Gabrielle who raised seven children together, enjoyed their retirement years under the Florida sun.  Maurice was a member of St. Charles Borromeo Catholic Church and a member of the Knights of Columbus.

He is survived by five children, Marie Chalifour, Gerard Chalifour, Priscilla Conde, and Edgar Chalifour, all of New England, and lastly remaining in charlotte county Florida, Aimee Chalifour; as well as many extended family members.  Maurice was preceded in death by a son Laurent Chalifour, a daughter Jacueline Chalifour, and his lovely wife Gabrielle, who passed away in December of 2008.

To leave a condolence, you can first sign into Facebook or fill out the below form with your name and email. [fbl_login_button redirect="https://robersonfh.com/obituary/maurice-g-chalifour/?modal=light-candle" hide_if_logged="" size="medium" type="login_with" show_face="true"]
×