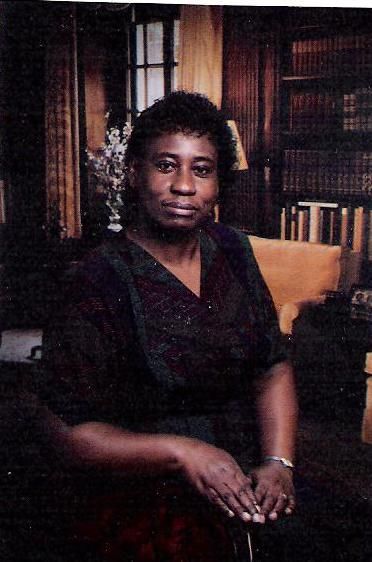 Peggy was born April 4, 1936 in St. Ann, Jamaica, West Indies to Frederick and Burnetta
Debeatham. She attended Brown’s Town Government School and Park School. After graduation, Peggy became a dressmaker and began her career in the garment industry at Hosang’s Store and was married to the late Ira “Pretty” Smith.

Peggy migrated to Harford, Connecticut where she worked for Sage Allen Department Store and later for Connecticut Printers. While caring for her family, she contributed her culinary talents to the Church; she continued her education by obtaining her diploma from the Hartford Adult High School. Peggy and her husband moved to Port Charlotte in 1991 to retired in the Sunshine State. In December of 2009 she faced the loss of her husband with steadfast faith and continued to be a beacon of hope to her family and friends. She moved to Port Charlotte in 1991 from Hartford, CT. She was a faithful 19 year member of Port Charlotte New Testament Church of God. She was a loving wife, mother, sister and grandmother, who will be missed but not forgotten.

To leave a condolence, you can first sign into Facebook or fill out the below form with your name and email. [fbl_login_button redirect="https://robersonfh.com/obituary/melrose-smith/?modal=light-candle" hide_if_logged="" size="medium" type="login_with" show_face="true"]
×