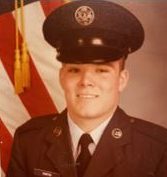 The Dainton family will have a private celebration of life.

Michael Kenneth Dainton, 56, peacefully passed away Sunday, July 24,2022 in Port Charlotte, Florida at Tidewell Hospice. The Dainton family will have a private celebration of life.

Michael was born on Saturday, March 5, 1966, to Kenneth and Denise Dainton in Pawtucket, Rhode Island.  He is preceded in in death by his by his father, Kenneth, “Papa Ken”, and his mother, Denise, also known as Suzie, but her favorite title was “Mema”. Michael began his service in the U.S. Air Force in 1985 and continued as a crew chief.  This led to his life lifelong career and passion for everything aviation.  He had a love for being outside, especially if it was on the water with his family. He was always a” jack of all trades” with the biggest heart, especially with it came to helping other. He served as a deacon at Friendship Baptist Church and his relationship with The Lord was certainly devout.

In lieu of flowers, memorial contributions may be made to Tidewell Hospice Inc. 5955 Rand Blvd. Sarasota, Florida 34238.

Friends may visit online www.robersonfh.com to extend condolences to the family.  Arrangements are by Roberson Funeral Home and Crematory Port Charlotte Chapel.

To leave a condolence, you can first sign into Facebook or fill out the below form with your name and email. [fbl_login_button redirect="https://robersonfh.com/obituary/michael-kenneth-dainton/?modal=light-candle" hide_if_logged="" size="medium" type="login_with" show_face="true"]
×

The Dainton family will have a private celebration of life.