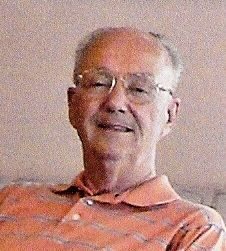 Born July 9, 1939 in Coaldale, Pennsylvania, Michael, a graduate of Lansford High School, served in the United States Air Force from June 1957 to March 1962. Returning to civilian life once more, Michael found employment with the commonwealth of Pennsylvania, first with the Capital Police and later as a Driver License Examiner. He left state service and entered private employment as an industrial finisher until an accident ended his career. Michael returned to state service as a Legal Assistant from which he retired in June of 1999.

Michael married Elizabeth A. Shearer in February of 2000. He divided his time between homes in Port Charlotte, Florida and Manheim, Pennsylvania starting in 2002. His retirement years were spent on cruises from Alaska to Northern Europe.

He is survived by his beloved wife of fourteen years, Elizabeth A. Shearer, and multiple cousins.

To leave a condolence, you can first sign into Facebook or fill out the below form with your name and email. [fbl_login_button redirect="https://robersonfh.com/obituary/michael-kocha/?modal=light-candle" hide_if_logged="" size="medium" type="login_with" show_face="true"]
×