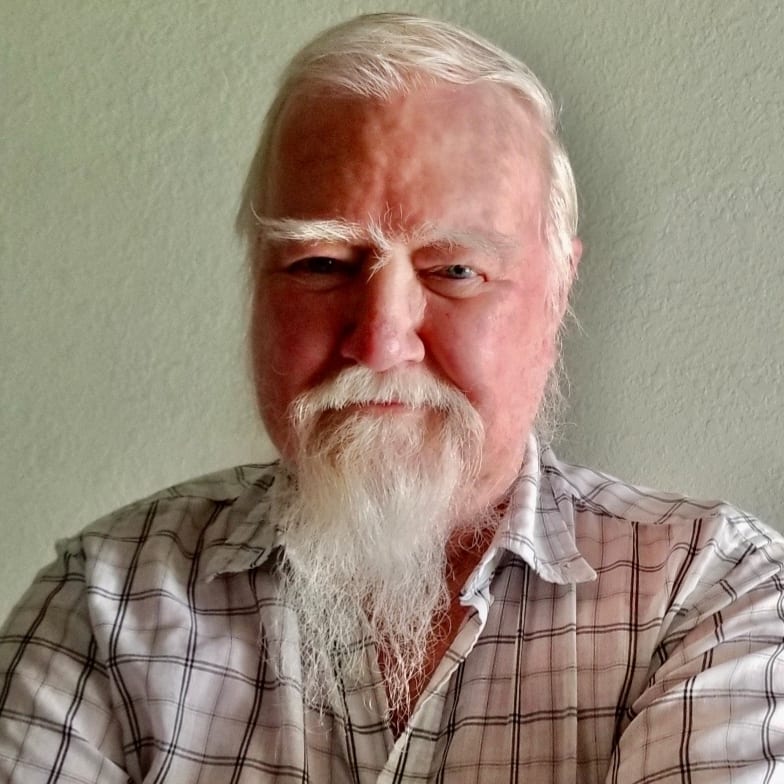 Myron Grover Dominey Sr.
October 19, 1938 - September 2, 2020
Print
Email
Service
Roberson Funeral Home Port Charlotte Chapel
2151 Tamiami Trail
Port Charlotte, FL, AL 33948
19416293141 |
In compliance with suggested guidelines to help prevent the further spread of Covid 19 and protect our most vulnerable and at-risk individuals, we ask anyone in attendance of the services to please be respectful of others and observe social distancing and wear a personal protective mask.

Myron will be laid to rest with his wife at Sarasota National Cemetery in Sarasota, Florida, on Monday, September 28, 2020, attendance by invitation only.

Myron Grover Dominey, Sr., 81, of Port Charlotte, Florida, passed away on September 2, 2020, following a courageous battle with COVID-19. Myron was a cherished and beloved father, grandfather, brother, great-grandfather and friend who dedicated his entire life to his family and his country. He was born on October 19, 1938, in Churubusco, Indiana, to Opal Harter. He was raised in Churubusco with his siblings, Jean and Joyce Harter, and met his future wife, Beverly Jean (neé Clouse), at a diner in Fort Wayne, Indiana. They married on June 13, 1959, and were married 45 years when she preceded Myron in death in 2004. They welcomed their first child, daughter Terri L. Champion, in 1959 in Wabash, Indiana, and had 4 additional children: Myron G. Jr., Danelle E., Bradley L., and Derrick W.
In 1958, Myron enlisted in the U.S. Army. During his 26-year military career, he was primarily assigned to the U.S. Army Forces Command (FORSCOM), and served two tours in Vietnam and one in Korea. He was also a trained paratrooper. Myron was heavily decorated for his brave service in the field, and for his part in developing a game-changing system to keep track of Army Forces Command staff in real time. He fondly remembered the time the family was stationed in Hawaii as his favorite years in the military, and retired in 1984 at Fort Sam Houston, Texas with the rank of Master Sergeant Major. During his service, Myron was bestowed the Legion of Merit, Bronze Star, Meritorious Service Medal, Army Commendation Medal, Humanitarian Service Medal, National Defense Service Medal, Vietnam Service Medal, Army Service Ribbon, Overseas Service Ribbon, Good Conduct Medal (8th Award), and Republic of Vietnam Campaign Award.
Following his military service, Myron worked for the IRS in San Antonio, Texas, retiring in 1993. After the untimely death of daughter, Danelle, in 1991, Myron and Beverly raised her child, Christina Mohaupt. Myron gladly accepted the role of father to Christina, and uprooted the family in 1993 to move to Port Charlotte, Florida, so that Christina could be raised near her cousins, who became like sisters to her. Following his move to Port Charlotte, Myron came out of retirement to embark on his third career, as business owner and entrepreneur, with his daughter, Terri. For 20 years, they owned and operated Express-Lee Yours, Inc., a medical courier company in Port Charlotte, Florida. Myron was well-loved by all of his clients, and formed lasting friendships with many. In 2002, Myron moved to Englewood, Florida, where he resided until his death. Myron was a steady, patient presence in his family, and was always the calmest person in the room. Over the years, Myron quietly, but gladly, accepted the role of family patriarch, never missing an important family event, whether near or far, for the rest of his life. He showed his true commitment to his family in 2004, when, at the request of granddaughter Serena Miller, he became an ordained minister in order to officiate her wedding. He quickly became a popular wedding officiant with his family and friends, and brought many couples together in union. However, despite living such an extraordinary life, Myron never boasted or even discussed his achievements, leaving the full extent of his military accolades to be discovered by his family after his death. Myron was an avid collector of coins, commemorative plates and other memorabilia, and enjoyed gifting coins to his family every year. He also loved American baseball and 1950s and 60s rhythm & blues. He was a member of his local VFW and American Legion, and proudly supported wounded veterans and the NRA.
Myron is survived by brother Jean Harter of Columbia City, Indiana; sister Joyce Harter of Churubusco, Indiana; children Terri L. Champion, Myron G. Jr., Bradley L. and Derrick W.; grandchildren Michelle Champion, Erica Champion, Serena Miller (Steven), Victoria Champion, Angelique Cangiano, Brian Champion (Marie), Christina Mohaupt (Anthony), Logan Dominey, Meagan Dominey and Ian Dominey; and 13 great-grandchildren.
Myron will be laid to rest with his wife at Sarasota National Cemetery in Sarasota, Florida, on Monday, September 28, 2020, attendance by invitation only. A private memorial service will be held on Saturday, September 26, 2020 at Roberson Funeral Home & Crematory Port Charlotte Chapel. Flowers may be directed to Roberson Funeral Home & Crematory, Port Charlotte Chapel.
Friends may visit online at www.robersonfh.com to extend condolences to the family. Arrangements by Roberson Funeral Homes & Crematory, Port Charlotte Chapel.

To leave a condolence, you can first sign into Facebook or fill out the below form with your name and email. [fbl_login_button redirect="https://robersonfh.com/obituary/myron-grover-dominey-sr/?modal=light-candle" hide_if_logged="" size="medium" type="login_with" show_face="true"]
×

Service
Roberson Funeral Home Port Charlotte Chapel
2151 Tamiami Trail
Port Charlotte, FL, AL 33948
19416293141 | Map
In compliance with suggested guidelines to help prevent the further spread of Covid 19 and protect our most vulnerable and at-risk individuals, we ask anyone in attendance of the services to please be respectful of others and observe social distancing and wear a personal protective mask.

Myron will be laid to rest with his wife at Sarasota National Cemetery in Sarasota, Florida, on Monday, September 28, 2020, attendance by invitation only.