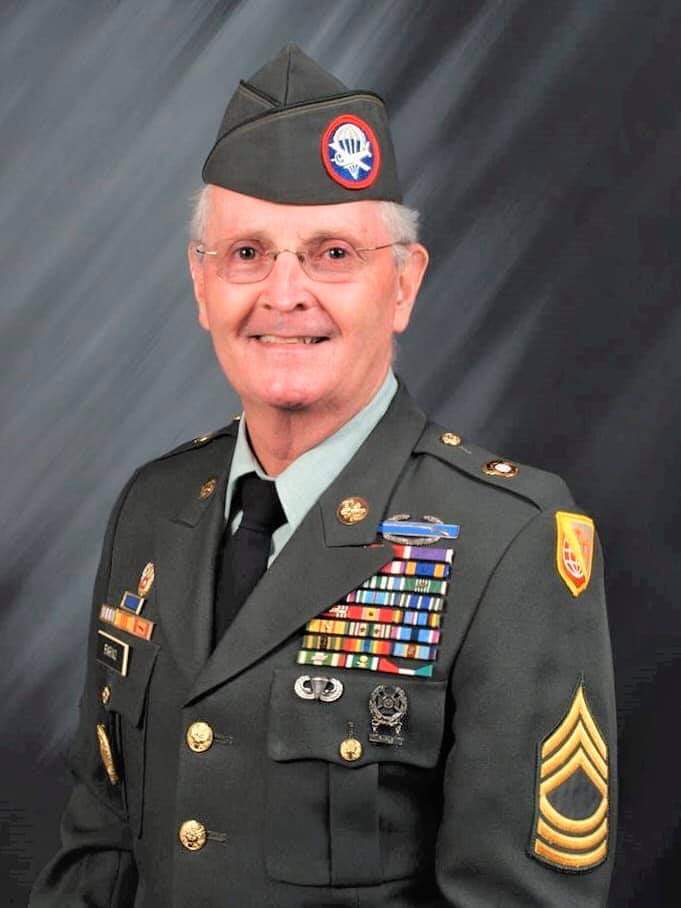 Military Honor by the United States Army Honor Guard to be held at the funeral home.

Patrick was born on December 1, 1945 in Winchester, Massachusetts to the late Patrick and Laurel Farino.  Patrick graduated from Woburn High School in 1966. He then enlisted in the Army on July 31, 1967 and went to Ft Knox, Kentucky for basic training. In November, 1993 Pat retired from the Army as a Master Sergeant after 24 years of honorable service.  He moved to Port Charlotte in 1994 and started working for Wal-Mart for a few years and then worked for the Postal service for 12 years. Patrick married Jeanne Letourneau on August 8, 1999.

Funeral services will be held Friday 11:00 AM, December 10, 2021 at Roberson Funeral Home Chapel, 2151 Tamiami Trail, Port Charlotte, FL 33948. Visitation will be held from 10:00 am to service time.  Private interment will be at Sarasota National Cemetery, Sarasota, Florida

In lieu of flowers memorial contributions may be made to: Doug Jacobson Resident Fund Inc., P.O. Box 380771, Port Charlotte, FL 33938

To leave a condolence, you can first sign into Facebook or fill out the below form with your name and email. [fbl_login_button redirect="https://robersonfh.com/obituary/patrick-john-farino-jr/?modal=light-candle" hide_if_logged="" size="medium" type="login_with" show_face="true"]
×

Military Honor by the United States Army Honor Guard to be held at the funeral home.