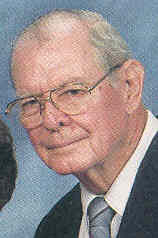 He was born September 24, 1931 in Logan County, Ohio to Omar Leslie and
Esther Jeanne DeLong and moved to Port Charlotte in 1976 from Columbus, Ohio.
Paul was employed by Ohio State University in Columbus for 34 years in the Treasurer’s
Office and retired as Bursar in 1980. He was a veteran of World War II, U.S. Army Air
Corps and served in the U.S. Army Reserve for 22 years retiring with the rank of Major
in 1972. Paul was “Still Proud, Still Serving, Still Saluting”

Survived by his loving wife of 63 years, Betty K. Delong of Port Charlotte;
and many dear friends including Thomas and Sandra Trinter, their son, Scott and daughter, Kristen of Columbus, OH and Marty and Sidney White of Port Charlotte

Memorial services with military honors by the U.S. Army will be held Wednesday 11:00 AM, July 15, 2009 at the Port Charlotte United Methodist Church.

To leave a condolence, you can first sign into Facebook or fill out the below form with your name and email. [fbl_login_button redirect="https://robersonfh.com/obituary/paul-delong/?modal=light-candle" hide_if_logged="" size="medium" type="login_with" show_face="true"]
×