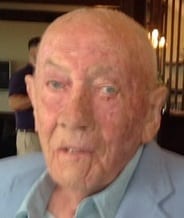 Memorial services will be held at a later date.

Interment will be later in Pine Ridge Cemetery, Chelmsford, Massachusetts

Paul Edward Ash, 85, aka Dad, aka Beepa, aka Ashie a long-time resident of Chelmsford MA and more recently Hollis, NH and Port Charlotte, FL died from the complications of a stroke and left the earth from Port Charlotte, FL bound for his heavenly home on Friday April 17, 2020.
 Paul was predeceased by his father William “Frank” and mother Muriel G. Ash of Lexington MA; sister Winnie and husband Phil Aiesi of Andover, MA; brother Bill and his wife Marcia of Natick, MA and brother Walter of Inverness, FL.  He is survived by his loving wife of 63 years Laurel A. (MacDonald) Ash; Daughter Linda and her husband Dick Moerloos of Salem NH; son Stephen and wife Teresa Ash of Hollis, NH; Brother John and wife Elizabeth (Betty) Ash of Hollis, NH. Grandchildren, Matthew and wife Ashley Moerloos, Ashlynn Moerloos, Samantha, Daniel and Rachel Ash.
Upon graduation of Lexington High School, Paul joined the US Army proudly serving his country in the Korean Conflict. Paul was a charter member of the Aldersgate United Methodist Church of Chelmsford, MA. Paul was also a 32nd degree Mason and a member of the William Sewall Gardner Lodge of Lowell, MA. After military service Paul worked as a pile driver for local union #56 until he began his own business as a general contractor doing home remodeling and home construction in the Chelmsford area. In his later years he owned and operated Ace packaging and crating of Lowell with friend and business partner Mark Gibbs of Chelmsford MA.
Paul enjoyed spending summers in his home in PEI, Canada as well as winters with his many friends in his home in Port Charlotte FL. He was a devoted Boston Sports fan, but his favorite pastime was spending time with his family and friends. Paul will be fondly remembered as an affable gentle giant, hardworking, easygoing and generous. He was beloved and will be missed by many.
Due to the current Covid19 situation a memorial service will be held at a future date tba.  In lieu of flowers donations can be made to Aldersgate United Methodist Church 242 Boston Rd Chelmsford, MA. 01824
Friends may visit online at www.robersonfh.com to extend condolences to the family. Arrangements by Roberson Funeral Home & Crematory Port Charlotte Chapel.

To leave a condolence, you can first sign into Facebook or fill out the below form with your name and email. [fbl_login_button redirect="https://robersonfh.com/obituary/paul-edward-ash/?modal=light-candle" hide_if_logged="" size="medium" type="login_with" show_face="true"]
×

Memorial services will be held at a later date.

Interment will be later in Pine Ridge Cemetery, Chelmsford, Massachusetts