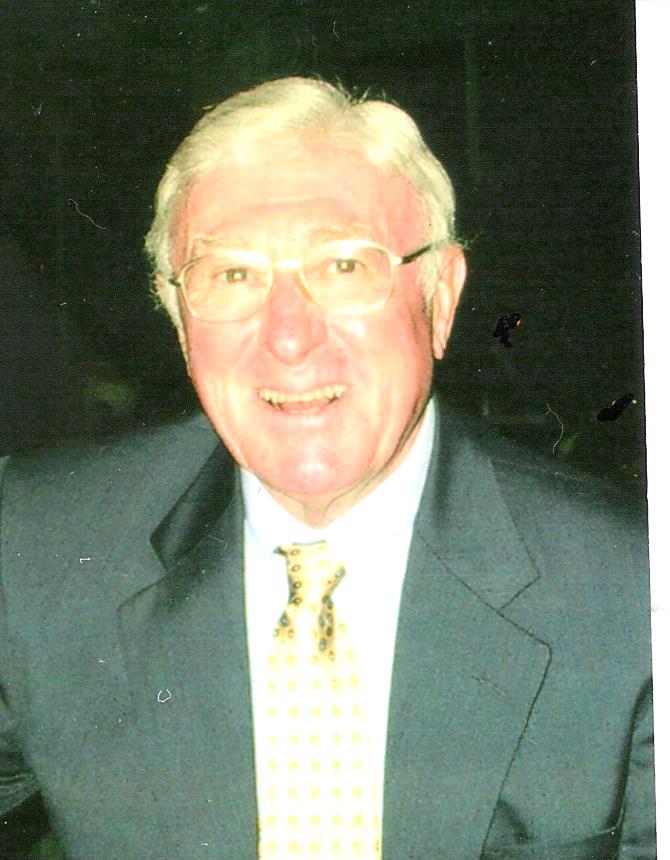 In lieu of flowers, please consider a donation to the Boy Scouts of America, The Broome Community College (SUNY Broome) Foundation or he Charlotte Chorale

R. Bruce MacGregor, 83, of Port Charlotte, Florida died peacefully on July 18, 2015 at Tidewell Hospice House in Port Charlotte following a massive heart attack and stroke. He was preparing to conduct a choir of Veterans in his full Dress Blues this past July 4th when he fell ill. A man who began each day with “This is the day the Lord hath made; let us rejoice and be glad in it” and retiring each evening with “Et in terra pax hominibus,” Bruce fought hard to overcome his battle surrounded by his family and friends, as well as caring Fawcett Memorial Hospital and Tidewell staff.

Born in Scranton, PA on May 3rd, 1932, he was an accomplished musician from a very young age, performing vocally all over the city as a Boy Soprano under the teaching of his mother, “Peg”, and the support of his father, “Raymond”, after which he was named. Bruce married his childhood friend, Caroline Hussing, also of Scranton, whom he began dating while they both were students at Syracuse University and members of Delta Upsilon Fraternity and Chi Omega Sorority. They were married for 60 years and continued to be avid SU alumni, following football, basketball and lacrosse religiously and “bleeding” Orange! He received his Master’s Degree at Ithaca College, future home of his sailboat for years.

Bruce proudly served his country in the U.S. Marine Corps during the Korean War, stationed at Parris Island, SC where he brought patriotism and pride to the troops as vocalist and member of the Marine Corps Band. He began directing music as a Syracuse University student and has brought a love that only well-prepared choral music can bring to performers and audiences alike. Many years of dedication and perfectionism were spent at the First United Methodist Church of Endicott, the Clef Club, IBM Glee Club and the Broome Community (NY) College Choir to name a few. The Triple Cities Welsh Chorale (of Binghamton, NY) and the Charlotte Chorale (of Charlotte County, FL) are two performing groups that Bruce both established and directed. He received the Arts and Humanities Council of Charlotte County’s Charlie Award for Artistic Achievement in 2010. “Mac”, a nickname by which he was fondly referred, is still remembered by North High School (Binghamton), Maine Endwell (NY) High School and Ithaca (NY) High School, where he taught vocal music, as well as Broome Community College, where he served as Student Activities Director for 27 years. He fondly remembered bringing in acts like Alex Haley, Gordon Liddy, Buddy Rich, Doc Severinson and Jim Palmer, and directing in historic venues like Williamsburg Brutten Parish Church and Avery Fischer Hall Barry to enrich the cultural experiences of his students.

Bruce grew up living out the Boy Scout Law, achieving the rank of Eagle Scout and honor of Order of the Arrow, of which he remained extremely proud. He served Scouting both in Binghamton and Pt. Charlotte as a leader and served as a motivation for his two granddaughters to achieve their Girl Scout Gold Awards.
When he didn’t have his “baton” in hand at his music stand, Bruce held tightly to the rudder and sheets of his numerous sailboats, with First Mate, Caroline at his side. Cherished vacations spots included Cape Cod, Cayuga Finger Lake, The Rideau Waterway of Canada, New York Harbor and Lake Ontario. “Heaven on Earth” to Bruce, however, was the St. Lawrence River where he and his wife shared their last decades of summers and his presence will always be felt.

In addition to his wife, Caroline, he is survived by his 3 children and their spouses, who he couldn’t have been prouder of, Douglas MacGregor of Ft. Myers, FL, Timothy (Meg) MacGregor of Woodbridge, VA and Mary Jane (Michael) Fonte of Grand Island, NY; His five grandchildren, whom he dearly loved, Andrew, Robert, Thomas, Lauren and Katherine to whom he found great satisfaction teaching camping skills to. Bruce’s favorite quote, “It doesn’t get any better!” sums up the rich life he lived, gave to others and reminisced about just a few days prior to his passing.

To leave a condolence, you can first sign into Facebook or fill out the below form with your name and email. [fbl_login_button redirect="https://robersonfh.com/obituary/r-bruce-macgregor/?modal=light-candle" hide_if_logged="" size="medium" type="login_with" show_face="true"]
×

In lieu of flowers, please consider a donation to the Boy Scouts of America, The Broome Community College (SUNY Broome) Foundation or he Charlotte Chorale