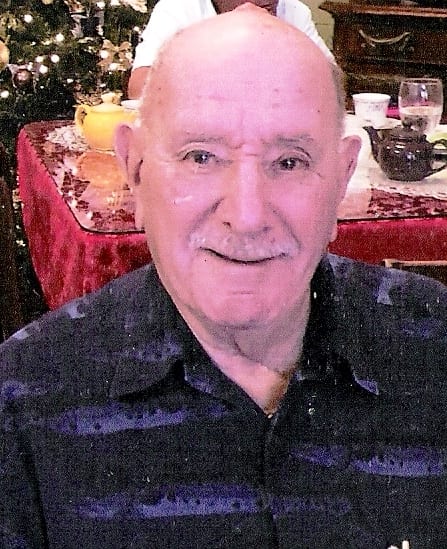 A Memorial Service will be held at a later date in Chatham, MA.

Richard “Dick” A. Robbins, 84, of Port Charlotte, Florida died Monday, August 24, 2020 at home. He was born October 17, 1935 in Quincy, Massachusetts to the late Harold and Blanche Robbins. Dick lived in Quincy until he moved Chatham, MA to run the Surfside Motor Inn for 20 plus years. He retired and split his time between Chatham and Port Charlotte and traveling the world.
There is one thing we all know for sure; there will never be another Dick. He was truly unique and authentic man. There was nothing artificial about him; he was not interested in impressing anyone or in courting their favor. If someone disagreed with him, he would say “the hell with them”. He told it like it was. He could be blunt and rough, but underneath he was a loving and kind.
Dick ran the Surfside Motor Inn with basic necessities that that reflected his no frills New England character which didn’t embrace change. The Inn appeared much as it did fifty years ago which was appreciated by the many regulars, who came back year after year, not only to enjoy The Cape, but for Dick’s hospitality. No matter how many drinks were served nightly on the front porch, he was always up early to put out the toast and donuts.
He was a man you could depend on. Habits and routine was his thing. He went to lunch every day to his well known haunts, had drinks with his buddies at the VFW in the afternoon and dinner with Joan at night. He loved to eat, talk and drink, watch TV crime shows and buy cars.
Dick would join the family by the pool at Wequasett Inn, play with the grandkids and watch Jonathan in skating competitions. The night before he died he told Joan that she had been good to put up with him for so many years. In every way, Dick was true to himself and others. He was his own man.
Dick is survived by his long time companion, Joan Hidebrandt; a foster son, John O’Brien; a brother, George Robbins and their families including 9 grandchildren; 6 great grandchildren, nieces and nephews; and many friends. He was preceded in death by his very dear wife Marilyn and foster daughter, Margaret.
Memorial services celebrating Dick’s life will be held at a later date in Chatham. In lieu of flowers memorial donations may be made to the Chatham VFW Post 8607, 150 George Ryder Road, Chatham, MA 02633.
Friends may visit online at www.robersonfh.com to extend condolences to the family. Arrangements by Roberson Funeral Home & Crematory Port Charlotte Chapel.

To leave a condolence, you can first sign into Facebook or fill out the below form with your name and email. [fbl_login_button redirect="https://robersonfh.com/obituary/richard-a-robbins/?modal=light-candle" hide_if_logged="" size="medium" type="login_with" show_face="true"]
×

A Memorial Service will be held at a later date in Chatham, MA.