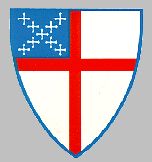 Rick was born April 10, 1929 in Gas City, Indiana and moved to Port Charlotte in 1984 from there. He served proudly in the U.S. National Guard for many years. He was a member of St James Episcopal Church for many years with his wife. He was a professional drummer and performed in the first Indy 500 Parade with Hugh O’ Brien Marshall. He was a Boy Scout leader for 35 years and received the President’s Silver Beaver award. He was a member of the Masonic Lodge for 30 years, Shrine of Fort Wayne, IN, the Port Charlotte American Legion Post 110 and the Benevolent & Protective Order of Elks. Rick was retired from the Dana Corporation in Marion, IN and Randol Realty in Port Charlotte, FL. After retiring from Dana Corporation, Rick worked as a real estate agent for Walter Wood Realtors in Gas City for several years before relocating to Florida. He was a member of St Paul’s Episcopal Church in Gas City were he served as an acolyte and vestry member Rick was a wonderful man and will be missed by all who loved and knew him.

He is survived by his loving wife of 58 years, Joyce E. Braithwaite; a son, Harold Bruce (Linda) Braithwaite of Bradenton, FL; a sister, Margery Carter of Jonesboro, IN; a many nieces and nephews.

To leave a condolence, you can first sign into Facebook or fill out the below form with your name and email. [fbl_login_button redirect="https://robersonfh.com/obituary/richard-braithwaite/?modal=light-candle" hide_if_logged="" size="medium" type="login_with" show_face="true"]
×