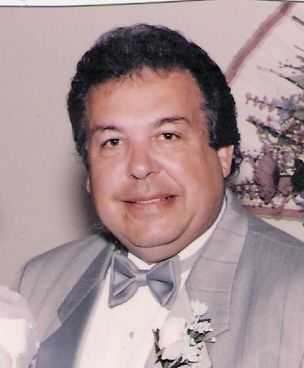 Born May 9th, 1942 in Norwalk, Connecticut, Son of the late Joseph and Elizabeth (Giordano) Kotulsky, Richard has always had a huge love of sports, and played semi pro Baseball until an injury sidelined him. He then decided he wanted to become a Hairdresser. He worked at Smart Set Beauty Salon in Norwalk, CT, then after moving to Port Charlotte, Florida in 1987, he purchased BeautyLand Beauty Salon in North Port, Florida where he remained for 25 years. Richard loved the New York Giants and New York Yankees and when he lived in Connecticut, he could be found at all the home games and at training camps, where he became such friends with players from both teams.

Richard is survived by his beloved wife of 42 years, Gail (Bouton) Kotulsky; two children, son Ricky (Susan) Kotulsky of CT, and daughter Leisa(Kevin) Sweet of Port Charlotte; four granddaughters, Tara and Brooke Kotulsky of CT, and Victoria and Tiffani Sweet of Port Charlotte. In addition to his parents, Richard was preceded in death by twin brothers Joseph Kotulsky, Jr. and Frank Kotulsky, both of CT.

To leave a condolence, you can first sign into Facebook or fill out the below form with your name and email. [fbl_login_button redirect="https://robersonfh.com/obituary/richard-kotulsky/?modal=light-candle" hide_if_logged="" size="medium" type="login_with" show_face="true"]
×