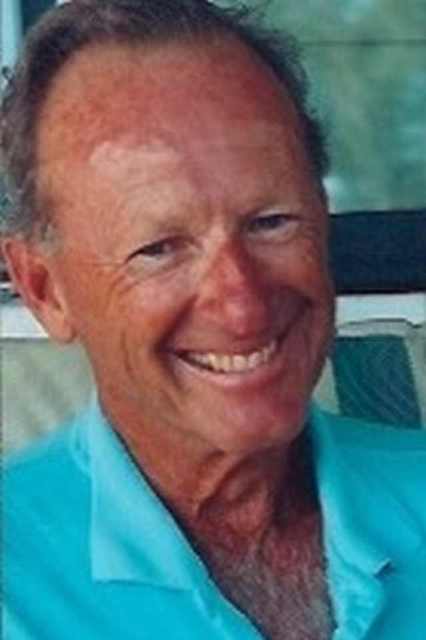 Richard Saville (Dick) Holway, 91, of Sanibel, Florida and Sagamore Beach, MA, formerly of Wellesley Hills, MA, passed away peacefully on September 24, 2018 after a prolonged illness. He was surrounded by family members at Tidewell Hospice House in Port Charlotte, Florida. He was the son of Alvah Story Holway and Marjorie Saville Holway.

Mr. Holway was born and raised in Wilmette, IL, where he attended public schools and the New Trier High School. Immediately after graduating from high school he entered the United States Navy, V-12 Officer Training

Program. He received an Honorable Discharge after WWII ended, and served another 10 years in the active Naval Reserve.

Dick was a graduate of Wesleyan University, where he was elected to the School Senate and was a member of the “Little 3” conference championship soccer and wrestling teams. He was a finalist in the ECAC championship wrestling tournament. After graduating from Wesleyan, Dick was accepted to the Amos Tuck School of Business at Dartmouth College where he earned his MBA.

Entering the work force, Dick accepted a job at Loomis Sayles & Co, in Boston. He was a senior Shareholder Partner of the firm and a Director. He held a variety of positions at Loomis, including Managing Partner of the Institutional Department, Director of Investment Research, and Senior Vice President. After retirement, in 1987, Dick was a Director of the Loomis Sayles family of Mutual Funds. He was awarded both the Charted Financial Analyst and the Certified Investment Counselor designations. He was a member of the Boston Society and National Societies of Securities Analysts.

Dick was very active in many civic and charitable organizations. He was president of the local PTA during his children’s school days, coached little league, youth basketball, and soccer for both his children and grandchildren. Dick served as a trustee of the Newton-Wellesley Hospital and as a Board Member and Director of the Sandwich Cooperative Bank, which was founded by his Grandfather, Jerome Holway.

Dick has always embraced his Sandwich, MA roots and ancestry. He is a descendant of Joseph Holway and Rose Allen, one of the original families settling the town of Sandwich in 1637, with links to many other settlers. He has provided generous, longtime financial support to the Sandwich Historical Society, the Sandwich Glass Museum and the Nye Family Association of America.

Lasell College, in Newton, MA became a focus of Dick’s interest when he joined the board in the 1980’s. He served as Treasurer for many years and as Board Chairman. Dr. Tom Dewitt, Lasell’s President, gave Dick credit for a primary role in the transformation of Lasell from a small Junior College for women, into a thriving, four year, co-educational institution. In recognition of Dick’s commitment, Lasell awarded him an Honorary Doctorate of Letters as part of the College’s 150 year anniversary celebration.

An avid tennis player, Dick played regularly everywhere he lived. He loved tennis and often took his game to the competitive level winning several doubles championships at the Wellesley Country Club and The Sagamore Beach Colony Club. Well into his 80’s he played in both the Lee County 50 Plus and 80 Plus leagues. He finished his competitive career in the 50 Plus, Peace River Senior Men’s Tennis League He was most proud of his accomplishments playing in the USTA Father-Daughter National Super Senior Championship Tournaments, with his eldest Daughter Jeannine. In 2008, the team took second place playing in the grass court Tournament at Longwood Tennis club, and third place at the Jupiter Tennis Club, playing in the clay court Tournament. These results netted a USTA ranking of 4th, nationally.

Despite his many outside activities and interests, Dick was devoted to his family. Always first in his heart was his beloved wife Jeannine, his lifetime love. They were married in 1951, 8 years after meeting on the beach in Sagamore.

To leave a condolence, you can first sign into Facebook or fill out the below form with your name and email. [fbl_login_button redirect="https://robersonfh.com/obituary/richard-saville-dick-holway/?modal=light-candle" hide_if_logged="" size="medium" type="login_with" show_face="true"]
×