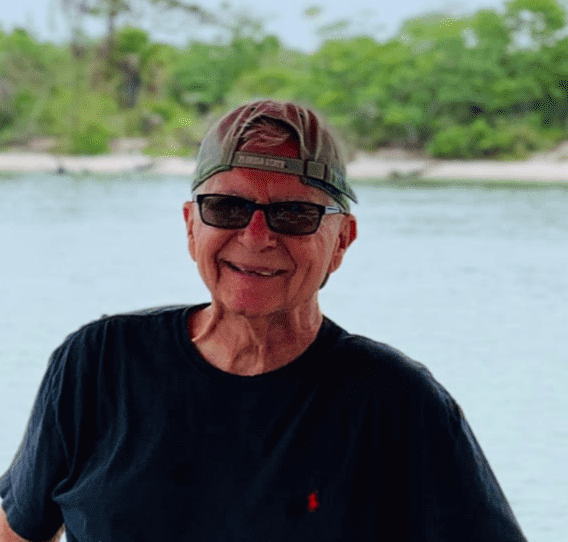 Visitation will be held from 1 to 2 pm Saturday, August 21, 2021 at Roberson Funeral Home Port Charlotte Chapel.

Entombment will be held at Restlawn Memorial Gardens cemetery in Port Charlotte.

Robert was born in Cincinnati, OHIO. He graduated from North College Hill High School and received his BS at Miami of Ohio University in Oxford Ohio. He played baseball shortstop in high school and college. He received his MA from California State University, Long Beach and his PhD from Ohio University.

Robert was a Speech/Language Pathologist who specialized in stroke and head trauma rehabilitation. He was one of the first therapists in the Port Charlotte area, establishing the Speech Department at St. Joseph’s Hospital in 1976. His various companies provided Speech, Physical, and Occupational Therapy to hospitals and nursing homes in the area. Robert was always interested in studying the latest research. He had a supportive approach to his therapy. He was a thinker and philosopher.

Robert was above all else a fisherman, catching fish when no one else was even getting a bite. He enjoyed nature, cooking ribs and salmon for his family, and playing cards.

Robert was preceded in death by his parents Harold Irwin Brown and Margaret Marie Irvin Brown. He has a surviving brother Roger Brown. The family wishes to thank the caring ICU doctors, nurses, and respiratory staff at Fawcett Memorial Hospital.

Visitation will be held from 1 to 2 pm with funeral service to start at 2 pm Saturday, August 21, 2021 at Roberson Funeral Home Port Charlotte Chapel.  Entombment will follow at Restlawn Memorial Gardens cemetery in Port Charlotte.

To leave a condolence, you can first sign into Facebook or fill out the below form with your name and email. [fbl_login_button redirect="https://robersonfh.com/obituary/robert-arlin-brown/?modal=light-candle" hide_if_logged="" size="medium" type="login_with" show_face="true"]
×

Visitation will be held from 1 to 2 pm Saturday, August 21, 2021 at Roberson Funeral Home Port Charlotte Chapel.

Entombment will be held at Restlawn Memorial Gardens cemetery in Port Charlotte.