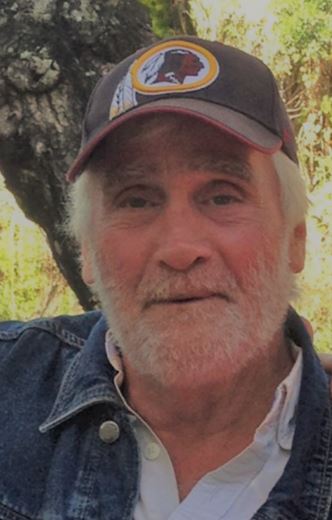 Interment to be held in Germantown, MD.

Robert was born Feb. 26, 1945 in Oklahoma City, OK to the late Vernon Edward Martens and Lucille Elizabeth (Walter) Martens. He graduated from Gaithersburg High School in Maryland as an accomplished athlete, lettering in wrestling, football & track, and later went on to take a “swing” at amateur boxing. He then went on to achieve a bachelor’s degree from the University of Findlay in Ohio. He was the owner and operator of an excavation company for many years in Germantown, Maryland before retiring to Punta Gorda in 2004.

He is survived by his loving family; two daughters, Vanessa M. (Paul) Lamendola of Ijamsville, MD and Brittany Martens of Frederick, MD; three sisters, Carolyn Stewart of Port Charlotte, FL, Joan Tapocik of Germantown, MD and Elita Smith of Alexandria, VA; three brothers, Vernon Martens, Jr. of South Orange, NJ, David Martens of Madison, VA and Gary Martens of Punta Gorda, FL; and two grandsons, Joseph and Kevin Lamendola. Rob was a Harley-Davidson enthusiast and an avid football fan. He loved teasing his friends, and in his younger years, challenging them to a round of boxing. What he enjoyed most was spending time with family & friends and making people laugh.

Visitation will be held Tuesday, Oct. 10, 2017 from 3:00PM until 4:00PM, followed by a Catholic Wake Service at 4:00PM at Roberson Funeral Home Punta Gorda Chapel.   A funeral service and interment will later this week in Germantown, MD. In lieu of flowers, the family asks that donations be made to the Red Cross’s Hurricane Irma Relief Fund.

Friends may visit online at www.robersonfh.com extend condolences to the family. Arrangements are by Roberson Funeral Home Punta Gorda Chapel.

To leave a condolence, you can first sign into Facebook or fill out the below form with your name and email. [fbl_login_button redirect="https://robersonfh.com/obituary/robert-j-martens/?modal=light-candle" hide_if_logged="" size="medium" type="login_with" show_face="true"]
×

Interment to be held in Germantown, MD.