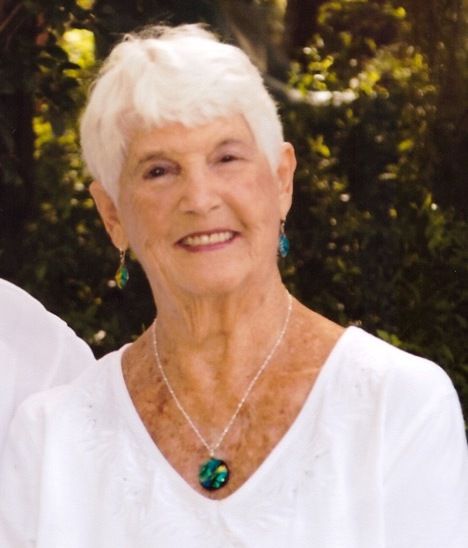 Rolande was born in Lewiston, Maine on August 17, 1922 to Elizabeth and Lorenzo Pelletier. On August 8, 1942 she was united in marriage to Lorenzo “Larry” Gaudreau. They shared 72 wonderful years together; he was the love of her life. While raising her four children, Rolande worked in the family businesses: Gaudreau’s Market and The Hamburg House in Lewiston, Maine. In 1975 they relocated to Farmingdale, Maine. She worked for the State Taxation Department in Augusta, Maine until her retirement in 1983. Rolande then enjoyed many wonderful years with family and friends at their cottage in Sebago Lake, Maine, and at their new home in “La Casa” in North Port, Florida. Rolande’s love of people and her outgoing personality was exemplified all her life with her involvement in the communities she lived in. Her final residence at the Lexington Manor of Port Charlotte graced her with more love and the care she greatly deserved.

The Mass of Christian Burial for Rolande will be held at 11 a.m. on Friday, February 13, 2015 at San Antonio Catholic Church, Port Charlotte, with Fr. Stuart Gullan-Steel officiating. A graveside Committal Service will be held in the Spring in Maine.

The family would like to express our sincere thanks to the caregivers at Port Charlotte Rehabilitation. Rolande will be deeply missed by her family and all those blessed to have known her. It is said that “she never met a stranger.”

To leave a condolence, you can first sign into Facebook or fill out the below form with your name and email. [fbl_login_button redirect="https://robersonfh.com/obituary/rolande-gaudreau/?modal=light-candle" hide_if_logged="" size="medium" type="login_with" show_face="true"]
×