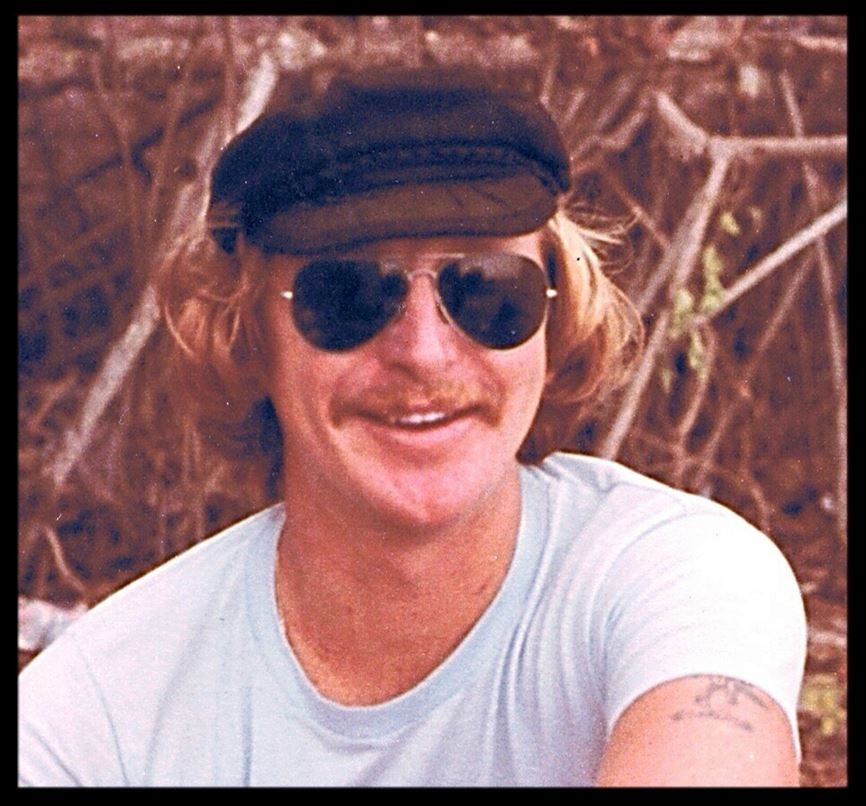 Burial with full military honors will follow at the Sarasota National Cemetery in Sarasota at 2:30 PM.

A Memorial Mass in Ron’s honor will be held this Wednesday, Dec 30 at 11:00 AM at St. Charles Borromeo Catholic Church in Port Charlotte.

Ronald Allen Matyk, 67, of Port Charlotte, was surrounded by his loving wife and children when he passed away on December 21, 2015. His larger than life persona and sense of humor will never be forgotten.

Ron was born on August 15, 1948 in Canonsburg, Pennsylvania, the youngest son of the late George E. and Amelia (Sinesky) Matyk. Ron graduated a year early from Valley Forge High School (Parma, OH), admittedly only so he could enlist in the military. He served our country with distinction in the Air Force during the Vietnam War, where he met the love of his life, his wife, Diep (Donna) Nguyen. Theirs was a true love story: Ron saw the most beautiful Vietnamese girl from across the room at the Embassy, and his heart skipped a beat. Spellbound, he walked over and said “I’m going to marry you….I have to marry you!” Something was different about this guy, and after months of convincing and many long distance love letters, she agreed. Once he was back in Ohio, Ronnie sold everything he had (including his beloved motorcycle) to buy a plane ticket and fly halfway around the globe to bring his sweetheart to the US. They married in Tokyo, Japan, and the rest is history. Just last week, Ron was overheard saying how much he loved Donna, and she will always be his girl. After a cold Ohio winter, Ron and Donna moved their young family to sunny Florida in 1973. Ron’s gregarious nature, mechanical genius and general resourcefulness helped him succeed as a telephone technician. In his free time, besides raising four children with Donna, Ron earned his pilot’s license and flew a Cessna. He loved to go fishing in Boca Grande and the Venice Jetties, and Ron loved to dive for lobster down in the Keys. For his children, some of their favorite memories are going out on the boat, playing at Englewood beach, or camping in the RV in the Keys.

Captain Ron was the life of the party, and he could make everyone laugh with his singing and witty comebacks. Besides a great sense of humor, Ron could bowl a pretty decent game, and he was always down for a card game…especially if money was involved. Ron was always the first to lend a hand, and in those moments when someone would ask for a tool, a part, or any kind of help, his face would light up and he would get things done. The discipline and patriotism he learned in the Air Force never left him, and Ron stayed active in the American Legion and VFW here in Port Charlotte.

Ron is survived by his devoted wife of 46 years, Donna Matyk. He is also survived by his daughters Phuong (Christian) Atkins, Deanna Matyk, and Lisa (Peter) Pucci, as well as his son Ron Matyk II. Ronald was the best Granddad ever to his seven grandchildren, and a loving brother to Gerald Matyk and Joe (Dolores) Matyk. He was predeceased by his brother George Matyk and his sister Mary Lou Macek.

A Memorial Mass in Ron’s honor will be held this Wednesday, Dec 30 at 11:00 AM at St. Charles Borromeo Catholic Church in Port Charlotte. Burial with full military honors will follow at the Sarasota National Cemetery in Sarasota at 2:30 PM.

Ron leaves behind a thought for all to ponder, given his years of gathering wisdom and deep study of the Greek philosophers: “Never break more than one law at a time.”

Friends may visit online at www.robersonfh.com to extend condolences to the family. Arrangements by Roberson Funeral Home Port Charlotte, Florida.

To leave a condolence, you can first sign into Facebook or fill out the below form with your name and email. [fbl_login_button redirect="https://robersonfh.com/obituary/ronald-allen-matyk/?modal=light-candle" hide_if_logged="" size="medium" type="login_with" show_face="true"]
×

Burial with full military honors will follow at the Sarasota National Cemetery in Sarasota at 2:30 PM.

A Memorial Mass in Ron’s honor will be held this Wednesday, Dec 30 at 11:00 AM at St. Charles Borromeo Catholic Church in Port Charlotte.