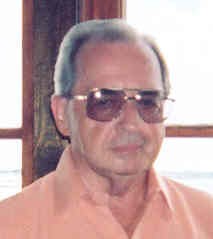 He was born July 8, 1941 in Bristol, Virginia and moved to Port Charlotte 31 years ago from Tazewell, VA and helped set-up the Radiology Department at the newly opened Fawcett Memorial Hospital where he served as the Chief Radiology Technician.
Later, Ron became a real estate broker and founded Murdock Realty, Inc in 1984. He
was a member of the Praise Tabernacle Church of Port Charlotte, the Punta Gorda- Port
Charlotte Association of Realtors, the American Society of Radiological Technicians, Punta Gorda Elks Lodge and American Legion Post #110. He was a former member of the Port Charlotte Kiwanis Club.

To leave a condolence, you can first sign into Facebook or fill out the below form with your name and email. [fbl_login_button redirect="https://robersonfh.com/obituary/ronald-hayden/?modal=light-candle" hide_if_logged="" size="medium" type="login_with" show_face="true"]
×