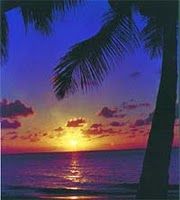 Suzanne, known to friends as Sussie, was born January 23, 1932 in Harrisburg, PA. A graduate of Skidmore College, Sussie moved to Fox Chapel in Pittsburgh, PA as a bride in 1955. She and Skip have been residents of Boca Grande since 1986, and have divided their year between Boca Grande and Castine since 1995. As a volunteer, no job was too big or too small for Sussie’s skilled attention and she raised countless dollars that benefited these communities. She was the President of the Junior League of Pittsburgh from 1972-1974. In recent years she was President of the Boca Grande Women’s Club and was also chair of the Women’s Club Annual Gala, silent auction for the gala, and Women’s Club Annual Fair. While President of the Women’s Club, she was instrumental in getting approval for the Island School in Boca Grande. Sussie was on the Board of Directors of the Castine Golf Club and chair of the Women’s Committee. Under her leadership, the Castine Golf Club held its first auction in 2009, raising a record amount of funds for the Club. A former tennis player and downhill skier, Sussie was an avid golfer. She was a member of Lemon Bay Golf Club, the Boca Grande Club, Useppa Island Club, and the Castine Golf Club. Sussie was a collector of American antiques and a peerless and gracious hostess. She loved to travel and in recent years she and Skip visited Greece and South America. She was a devoted wife and mother and a wonderful and doting grandmother.

To leave a condolence, you can first sign into Facebook or fill out the below form with your name and email. [fbl_login_button redirect="https://robersonfh.com/obituary/suzanne-mckean/?modal=light-candle" hide_if_logged="" size="medium" type="login_with" show_face="true"]
×