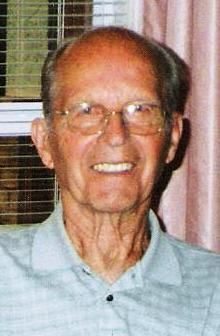 Ted was born Teddy John Pazdziorko, son of the late John and Julia (nee-Zielinski) Pazdziorko on April 16, 1917 in Detroit, Michigan. While still in High School, Teddy joined the Civilian Conservation Corps at Camp Sale River in Michigan, and assisted in the Corps very important Reforestation Program in 1935. Hearing the call to duty at the onset of World War II, Teddy enlisted in the U.S. Army and trained and served as a Medic. After the war, he returned to civilian life as an automotive worker for Chrysler. During his tenure with Chrysler, he was one of a handful of auto workers photographed at work for an article in the Saturday Evening Post, a popular publication during the War Years and the years that followed. Retiring after a long career with Chrysler, he left his native Michigan and longtime home of Warren, moving to Port Charlotte in 1992. A long time union worker, he was a member of the United Auto Workers Union and was a member of St. Charles Borromeo Catholic Church in Port Charlotte.

To leave a condolence, you can first sign into Facebook or fill out the below form with your name and email. [fbl_login_button redirect="https://robersonfh.com/obituary/teddy-pazdziorko/?modal=light-candle" hide_if_logged="" size="medium" type="login_with" show_face="true"]
×